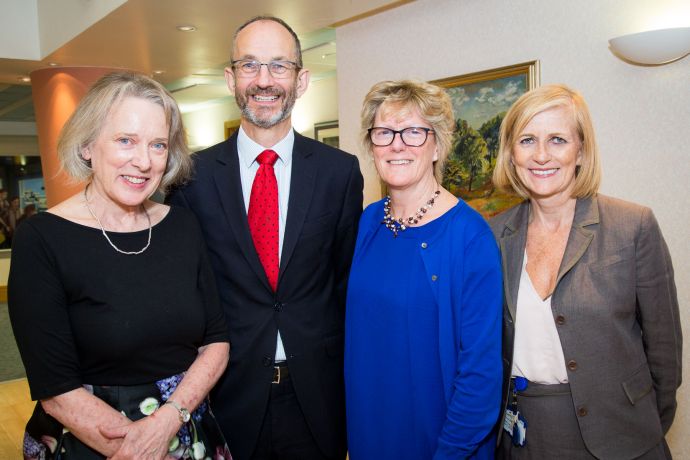 The world is fast running out of effective antibiotics to treat resistant bacteria, Dame Sally Davies, chief medical officer for England, warned delegates at a lecture at the Royal Free Hospital.

Giving the annual Maggie’s Cancerkin 2018 lecture, Dame Sally said that current estimates predict that by 2050, one person will die of antimicrobial resistance (AMR) every three seconds.

She said that in recent years AMR had become a significant problem and that cancer patients were amongst the most at risk.

“This matters to all of us but some people are particularly vulnerable; we owe it to society to really tackle this.”

Each year about 700,000 people globally die due to drug-resistant infections including tuberculosis, HIV and malaria.

"Dame Sally’s lecture was a wake-up call. Antimicrobial resistance could seriously set back the achievements of the past decades in the treatment of cancer,” said Victoria Todd, Centre Director of Maggie’s at the Cancerkin centre at the Royal Free Hospital.

“We all need to play our part in avoiding the overuse of antibiotics," she added.

Dr Chris Streather, Royal Free London group chief medical officer agreed and said that AMR was a ‘global threat to public health and one of the biggest challenges facing us today’.

“We are very privileged to have welcomed Professor Dame Sally Davies to the Royal Free London for the Maggie’s annual lecture,” he added.

Built in the grounds of Royal Free Hospital, Maggie’s at the Cancerkin is a warm and welcoming place, with qualified professionals on hand to offer an evidence-based core programme of support that has been shown to improve physical and emotional wellbeing.

Maggie’s Cancerkin relies on voluntary donations to support and grow its network of Centres and to develop its unique, high quality programme of support. The charity’s aim is to make the biggest difference possible to people living with cancer and their family and friends.