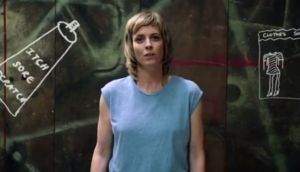 A doctor at the Royal Free Hospital says she has changed the way she approaches her work after helping to develop a new film based on the experiences of psoriasis patients.

Consultant dermatologist Dr Sandy McBride says that working on the film, The Skin I’m In, has given her a greater understanding of the effect of psoriasis – a skin condition which leads of patches of red, flaky skin.

The film is a collaboration between Dr McBride, consultant dermatologist at the Royal Free London, and award-winning storyteller Sarah Sutcliffe and the script was developed from over 20 hours of interviews with people living with psoriasis.

Dr McBride said: “The psychological aspects of living with psoriasis are often poorly understood and underestimated. People living with psoriasis and their doctors are frequently unaware that there are effective treatments available for psoriasis, hence people suffer unnecessarily often for decades. Sarah and I wanted to address these problems.”

There are 1.8 million people in the UK living with psoriasis and yet a third of these people will never see a doctor about their condition, and often do not even tell their friends and family that they have the condition.

Sarah added: “This project is a real opportunity to change the dialogue around the experience of living with psoriasis, and it’s great to see the impact it is already having on audiences across the country. By spending time talking to people living with psoriasis we hope their experiences can demonstrate the power of storytelling as a tool to change people’s perspectives.”

A live performance (from which the film has been developed) is currently touring the country.