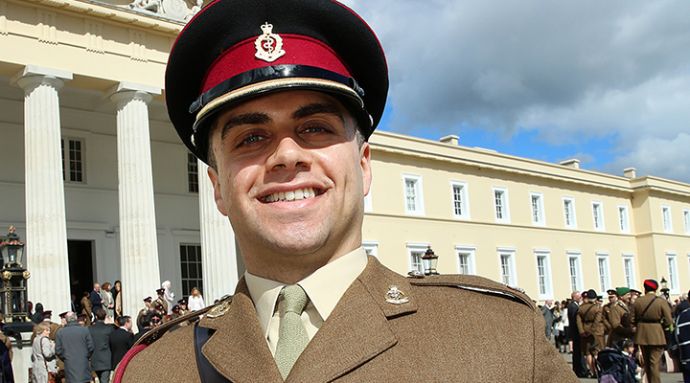 Tell us a bit about your role

This isn’t the first time I’ve worked at the Royal Free. I first came here as a foundation doctor in 2010 and then went away to complete my core surgical training before coming back in 2014 as a specialist registrar.

The work I do varies from day to day. I could be in clinic or treating patients who have been referred from the emergency department or other hospitals with anything from hand fractures, tendon and nerve injuries as well as lower limb wounds. I also have elective work such as breast surgery reconstruction, facial reanimation or skin cancer work.

But you also have another title to add to surgeon?

I’m a commissioned officer with the rank of Major at 256 (City of London) Field Hospital. Being from a Muslim background and given the events developing on a global scale with the threat of fundamentalism, I felt an ethical and moral obligation to join the Army. I’ve got two other brothers in the RAF and it’s important to me to play my part in defending my country and safeguarding our way of life.

What does that involve?

Once a week I train in my army unit doing a combination of physical training, military skills and clinical or army related lectures. We could be doing weapons handling or patrolling or I might be training fellow reservists on battlefield casualty drills, for example how to apply field dressings or tourniquets. One weekend a month will be a clinical weekend. The last one was held at UCL and I worked with nurses, doctors and the police and fire service training on bombs, blasts and ballistics. I was teaching the candidates how to insert a chest drain in a mass casualty event and how to apply a chest seal for penetrating chest injuries.

What did your training involve?

After training for a year with my army unit I have had to go through a very hard selection process through the army officer selection board. After passing I did four very intense weeks at Sandhurst. It was incredibly physically and mentally demanding. I thought I could already work under stress because of my job as a surgeon but you tend to function very differently when you are cold, wet, hungry and haven’t slept. It has really taught me how to achieve the very best with the minimum as well as getting straight to the point and making decisions quickly.

What does the future hold?

There are no immediate plans for deployment but if that were to change the army would look at their personnel requirements. I might be deployed to operate in hospitals in the UK with specialist capacity like Queen Elizabeth in Birmingham or Frimley Park in Surrey (which would see casualties evacuated from a war zone) or I could be deployed closer to the front line with my unit.