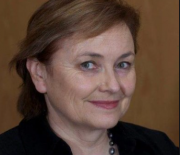 Baroness Tyler of Enfield was appointed as a non-executive director in March 2022.

She has previously held a number of senior positions within the government, including director of the vulnerable children’s group at the Department for Children, Schools and Families, in addition to being the former chair of the children and family court advisory and support service and the former chief executive of the charity Relate.

Baroness Tyler is currently Liberal Democrat spokesperson for mental health in the House of Lords.