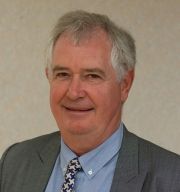 Stephen was initially elected to the council in April 2012 and was re-elected in April 2018. Stephen has lived locally for almost 40 years and he and his family have all been patients at the trust. He is the chairman and CEO of the world's largest independent healthcare communications group and has a personal interest in all aspects of medicine.

Stephen also represents the council of governors at the Pears sub-committee meetings.