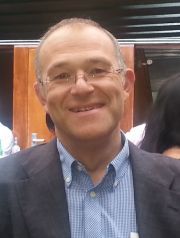 Dr Steven Mann qualified in 1989 from The University of Manchester. After his postgraduate training in North London hospitals, including research years at St Mark’s Hospital, he was appointed to his current position as a consultant gastroenterologist in 2003 at Barnet Hospital. He has a busy NHS practice incorporating in-patients, out-patients, endoscopy and emergency gastroenterology. He is the trust lead for clinical nutrition, clinical lead for inflammatory bowel diseases, and endoscopy training lead. He also has a large teaching and training commitment being an educational supervisor for a number of postgraduate trainees. He has almost 30 publications in peer reviewed journals, 30 published abstracts, and has presented over 30 posters to national or international conferences. He is the site investigator for a number of clinical trials related to gastroenterology.