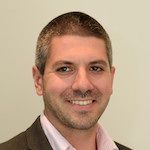 In 2014 he was elected as a council member in charge of the trainee portfolio for the British Society of Gynaecological Endoscopy (BSGE) and re-elected in 2016.  He has founded a trainee group as part of the BSGE called RIGS (Registrars in Gynaecological Surgery) aiming to improve training and resources.

He has presented both nationally and internationally on over 50 occasions, has over 20 abstract publications and several peer reviewed publications in scientific journals, including randomised controlled trials.  Additionally, he is a reviewer for three gynaecological scientific journals.  He has received both national and international prizes and bursaries at scientific meetings on nine occasions for his contribution and work in minimally invasive gynaecological surgery.

He has completed an MSc dissertation in Advanced Gynaecological Endoscopy based at the University of Surrey and his current research includes work on endometriosis, humidification in laparoscopic surgery, design and validation of a laparoscopic hysterectomy scoring system, 3D and robotics.

He enjoys sports particularly running and also video editing.  In May 2010 he won an organised 5km race at Richmond Park (350 runners in total), where he and five other colleagues raised over £1,500, for the London King's College Hospital Ectopic Pregnancy Research Trust.  In 2014, he ran the London Marathon in three hours, 49 minutes and 21 seconds for the Endometriosis UK charity, raising £2,333.75.  In 2016 he ran the British Vitality London 10km run again for Endometriosis UK, raising over £740.

He uses his editing skills to develop laparoscopic videos of procedures for teaching purposes and recently one of his video’s was awarded the prestigious Karl Storz-Harold Hopkins Golden Telescope Award, when presented at the BSGE National Annual Scientific meeting.