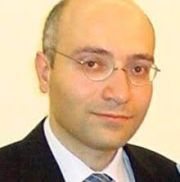 Mr Sabbagh qualified from the University of Aberdeen in 1992 and after completing his basic surgical training in Yorkshire, became a fellow of the Royal College of Surgeons (FRCS) in 1996. Mr Sabbagh trained in plastic surgery in London. At the completion of his training he was awarded the FRCS(Plast) in 2002, by the Royal College of Surgeons and admitted to the GMC’s specialist register in plastic surgery.

Mr Sabbagh was appointed as a consultant plastic and reconstructive surgeon in 2004 at Mount Vernon Hospital to develop a national ear reconstruction service which then relocated to the Royal Free Hospital. His work at the ear reconstructive centre receives referrals from across the UK, has had work presented at numerous national and international meetings and has published a number of articles.