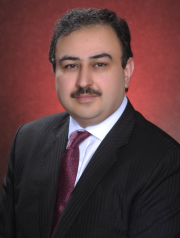 Mr Syed has published extensively both trauma and elective orthopaedics. He has presented his scientific work to Learned societies at both national & international levels). He is also a reviewer for the Journal of Clinical Research.

He is editor of UKITE - UK In Training Exam  - for those specialising in Trauma & Orthopaedic Surgery since 2016 and Associate Editor for MedShr App 2015-18.He is a Clinical Leader for MedShr Platform for online learning.

He teaches & examines medical students regularly from UCL (University College London) Medical School and is on faculty of Charring Cross Ex-Fix course & Femoral Nailing Course for Orthopaedic Surgeons / Registrars in Training. He also lectures as a guest speaker at the prestigious Royal Society of Medicine, London.

He has served as faculty member for the MRCS Specialist Course and RCS Edinburgh Surgical Skills Heats. Mr Syed was invited as a lecturer at Oxford deanery’s overseas doctor’s induction programme and contributed to MMC implementation as part of Oxford deanery working group.

He has completed MSc in Sports & Exercise Medicine from University of Bath undertaking a research thesis.

He is the Local PI (Principal Investigator) at Royal Free for two multi-site RCTs (Randomised Controlled Trials) funded by NIHR. He is also the local lead for the QIST (Quality Improvement in Surgical Teams) Programme, a national collaborative Quality Improvement programme supported by NHSI, for reducing Infection in Joint replacement and reducing anaemia.

He has received ten awards during his medical career like “The Best Young Researcher Award “by UKSEM in 2011, Health & Social Services Jersey’s “Quality Improvement Award 2015” and “NHS Innovations SE runners up”.

He has served as a pro-bono medical advisor to a charitable medical education group (StopDvt.org) creating awareness about VTE using online platforms since 2006. Also served as an industry consultant for Bayer on VTE (Venous Thromboembolism in Trauma & Orthopaedic Surgery) as part of their global advisory board in Germany and as the chair in UK during EFFORT Congress in 2014.