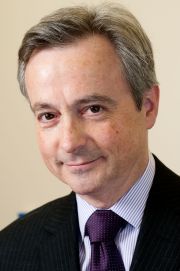 Anthony was appointed as a non-executive director in 2012

During his career he has won a number of awards for his research and was elected a fellow of the Academy of Medical Sciences in 1999. He was appointed to the board of the Ministry of Justice, Office of the Public Guardian, in 2012.