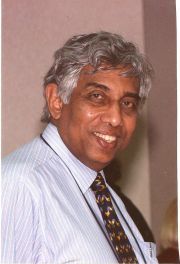 Oswald came to the UK in October 1963 and having completed surgical training joined the Royal Free Hospital in 1968. The Renal Failure service was starting with the hospital and home haemodialysis. The Transplant program became an integral part of management of all the patients in renal failure..

Oswald was responsible for the training of many Transplant Surgeons in UK and overseas and was involved in research and development of immunosuppressive agents. He has the Fellowships of the Royal Colleges of England and Edinburgh and also Honorary Fellowships in Sri Lanka.