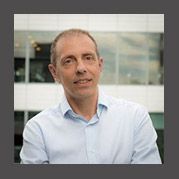 Professor Robert Bor is a Chartered Clinical, Counselling, Health and Aviation Psychologist registered with the Health and Care Professions Council and European Association for Aviation Psychology. He is also a Fellow of the British Psychological Society, and Honorary Fellow of the Royal Aeronautical Society and a UKCP Registered Systemic Psychotherapist. Rob's clinical and specialist training was undertaken at the Tavistock Clinic, University of Rochester, New York, University of South Africa, Ackerman Institute for Family Therapy, New York and the Milan School of Family Therapy. He has published more than 30 books and 200 academic papers and chapters in books.
Rob is an honorary civilian consultant to the Royal Air Force.  He is a Liveryman of the Guild of Air Pilots and Air Navigators and also holds the Freedom of the City of London and is a Churchill Fellow. He is recognised as one of the world’s leading authorities on pilot wellbeing, pilot mental health, and air crew selections. He is the 2017 recipient of the highest award in aviation; an Honorary Fellowship of the Royal Aeronautical Society as well as the Boothby-Edwards Award by the US Aerospace Medical Association for ‘Outstanding research and/or clinical practice directed at the promotion of health and prevention of disease in professional airline pilots’. He was awarded Freedom of the City of London, and is a Winston Churchill Fellow. He has advised the UK Civil Aviation Authority, U.S. Federal Aviation Administration, European Aviation Safety Authority as well as the UN aviation agency, the International Civil Aviation Organisation, on matters relating to his expertise. Rob consults to British Airways, easyJet, Virgin Atlantic, Swiss, TAP, Air Tanker and numerous other airlines and organisations.​