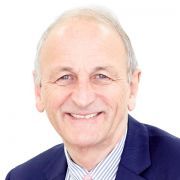 Professor Sir Chris Ham, is former chief executive of health think tank The King’s Fund where he held the post from 2010.

Sir Chris has held positions as head of the strategy unit at the Department of Health and at the universities of Birmingham, Bristol and Leeds. He has advised the World Health Organization and the World Bank and has acted as a consultant to a number of governments.

In 2018, he received a knighthood in the Queen’s Birthday Honours List for services to health policy and management.