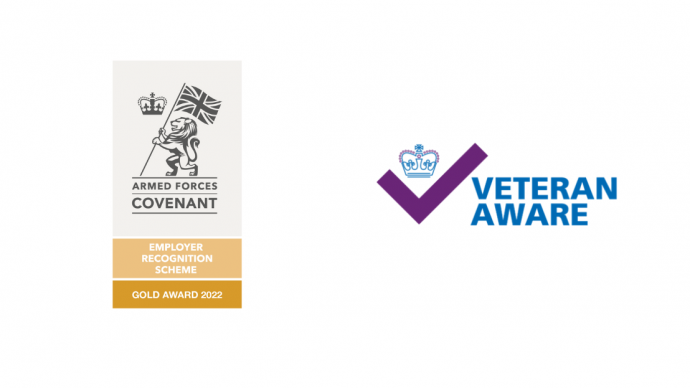 At the Royal Free London, we acknowledge that everyone who serves or who has served in the armed forces, and their families, should be treated with fairness and respect, including regulars, reservists, veterans, spouses, partners, children and dependants.

Proud to be Veteran Aware

As a Veteran Aware trust, we are committed to :

The trust has plans in place to improve the way patients, as veterans, are identified and to raise awareness within the trust of veterans and the additional healthcare support they may need, including:

After a hospital stay

We will investigate what services are available in their locality and which patients would benefit from being referred to services such as:

The Royal Free London is a forces-friendly employer and holds a Ministry of Defence Gold Employer Recognition Scheme (ERS) award.

Having previously held the silver award, the progression to gold and the highest award in the scheme, highlights the trust’s commitment to our Armed Forces community.

At the Royal Free London we are also a proud signatory of the Armed Forces Covenant.