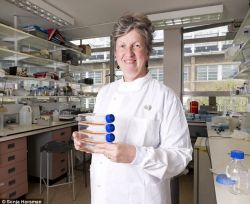 Professor Mary Collins studied biochemistry at Cambridge University then moved to the University of London at the Imperial Cancer Research Fund for her PhD. Collins worked as a post-doctoral fellow on molecular immunology at University College London (UCL), then the Whitehead Institute, MIT. She started her own group at the Institute of Cancer Research in 1987. Collins moved to UCL as professor of immunology in 1997.

From 2005 to 2015 she was director of Britain’s Medical Research Council Centre for Medical Molecular Virology. After heading the division of infection and immunity at UCL for 10 years, Collins was dean of the faculty of life sciences at UCL from 2009 until 2014. In September 2014 Collins took up a secondment at the National Institute for Biological Standards and Control to head a new division of advanced therapies.

In this talk Professor Mary Collins will speak on the topic of women in science.

No need to book - just turn up.