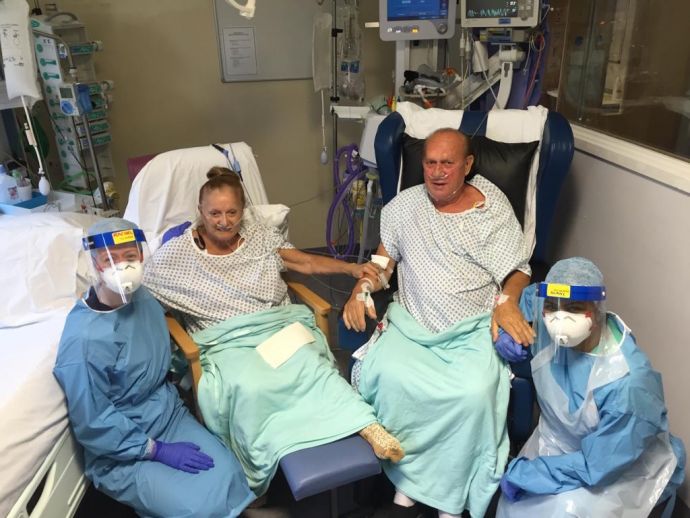 A couple who have been married for 57 years have both recovered from COVID-19, thanks to the ‘outstanding’ intensive care staff at Barnet Hospital, who moved their beds together so they could fight the virus side by side.

Domenico and Concetta Scolaro, from Cockfosters, had barely spent a night apart since they were married in 1963 after meeting at a dance at an Italian club. 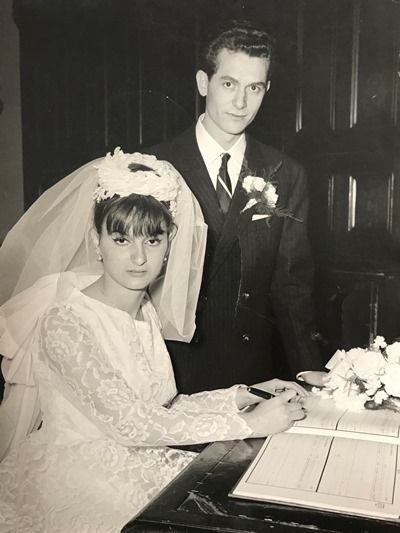 Domenico and Concetta on their wedding day in 1963

But coronavirus cruelly separated them when 73-year-old Concetta was taken by ambulance to Barnet Hospital suffering from a high temperature, delirium and breathing difficulties on 22 June.

Nine days later on the 1 July 79-year-old Domenico contracted the virus and was also taken by ambulance to Barnet Hospital.

Staff on the intensive care unit (ICU) swiftly took the decision to place the couple in beds side by side so they could support one another in the days ahead.

Their daughter, Sabrina Scolaro, said: “Because ICU wasn’t as busy as it had been the staff listened to my father’s impassioned request that he should be reunited with his wife. Staff went above and beyond to make this happen as they knew just how much strength they would both gain from being able to fight this battle together.”

Sabrina said she was forced to call NHS 111 after being unable to reduce her mother’s temperature with paracetamol.

She said: “My mother was ashen-faced and had become delirious. Her temperature was 39.5. I spoke to NHS 111 and they were so helpful, the ambulance was with us in 20 minutes and the paramedics were so kind and understanding. I could see how upset my father was and I kissed her goodbye. It sounds ridiculous but because my mother had had chest infections in the past and they had been so careful I still didn’t think it was coronavirus. We were now well into June and I just thought ‘it can’t be the virus’.”

But a swab test confirmed Concetta did indeed have the virus. She was placed on a CPAP machine to aid her breathing and moved to ICU where she had to wear the mask day and night. Meanwhile Sabrina ordered tests for her and her father.

Sabrina said: “I noticed that my father was getting very lethargic and was off his food but he didn’t seem to have a temperature. I thought it might be a reaction to the shock of my mother being in hospital but the results of our tests showed that while I had escaped the virus my father had it. The final straw was when I asked him to take a deep breath and he started coughing uncontrollably. That’s when I rang NHS 111 again. The paramedics came, took dad’s oxygen levels and said, ‘he’s coming with us’.  That was it, suddenly both my parents were in hospital with the virus and I was left to lock their front door behind me and drive back to my own home in tears.” 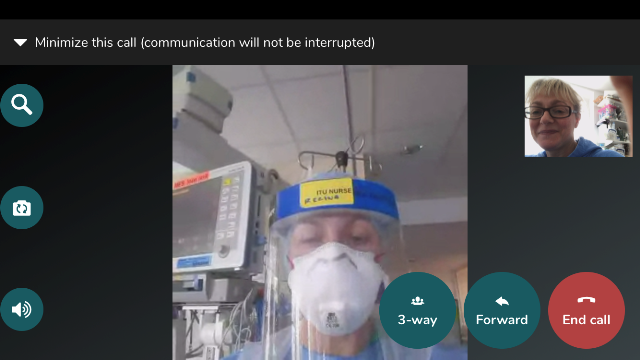 Concetta takes up the story: “When the nurse woke me up she said she had something to tell me about my husband. I feared the very worst but instead she told me he had the virus, had been admitted the previous night but now he was being put in the bed right next to me. I cried but actually it was incredibly comforting to be together and just being able to watch him as he slept gave me strength. The staff were angels, they looked after me so well and never left my side. I remember one nurse in particular, Rachel, who stroked my hair. Our care was outstanding.”

As the couple began to recover they were taken from ICU on the same day to Palm ward where they were again put together side by side in their own bay. Finally after 16 days in hospital Concetta went home on the 8 July and Domenico was discharged on the 9 July.

Both are continuing their recovery and although they admit they are still tired this sociable couple are looking forward to being reunited with friends and family, including their five grandchildren. For many years Domenico owned restaurants, including La Palme Di Mimmo in Victoria which was open for more than 30 years.

Concetta said: “I thought I was going to die, I honestly thought I’d never see my husband, my children or my grand-children again. Now I’m looking forward to going dancing with my husband again – we met at a dance at an Italian club back in London in 1962 - and when we have our strength back we will visit Italy. Both of us have been given a second chance and that means everything.”

Debbie Kirby, ICU matron at Barnet Hospital, said: “We knew that putting this couple together would mean everything to them. Both of them had such spirit and determination. Staff were absolutely thrilled to be able to bring people together when so much of what we have had to do means separating loved ones. We will never forget them.”

Bryleen Sebastian, ward sister for Palm ward, said: “All our patients are special to us but to be able to put this couple together was fantastic. We made sure their beds and chairs were next to each other and they had a good view of the TV and out of the window. We know it’s all the little things that make a difference to our patients and being together really spurred them to get well as it was like a mini competition between them to achieve milestones like coming off oxygen.  We knew they wanted to leave together but we had to explain that we still had to monitor Mr Scolaro for one more night. He used that time to practise his walking up and down the bay which reassured us he was ready to say goodbye to us. He was absolutely determined to rejoin his wife at home and it was so wonderful to see that bond.” 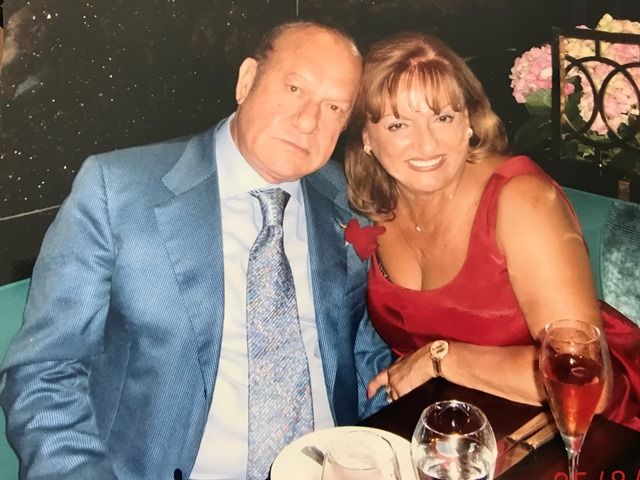 Never apart: Domenico and Concetta on their 50th wedding anniversary in 2013