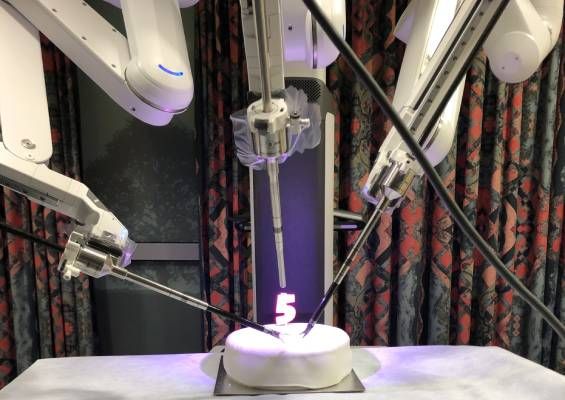 Staff and guests tried their hand at robotic surgery at the Royal Free Hospital (RFH) this week – on an iced anniversary cake.

The opportunity to use the Da Vinci Xi robot came as part of a one-day symposium organised to mark the fifth anniversary of robotic surgery at the Royal Free London (RFL).

Speakers, including clinical, support and technical staff, discussed topics ranging from artificial intelligence to the training of new doctors in robotic surgery. The importance of training medical students and junior doctors in the fine motor skills required for robotic surgery at a young age was a key theme for the day.

Robotic surgery allows us to operate with better vision and more dexterity, meaning we can offer minimally invasive surgery to more patients. This means that they are in less pain and can return to normal activities much quicker than with open surgery.

Among the innovations pioneered at the RFL for robotic surgery is the creation of a new clinical role: the surgical care practitioner, who focuses on communication between the patient and the doctor.

In traditional open surgery, the surgeon interacts directly with the patient. With robotic surgery the surgeon is operating the robot from a short distance away in the room so there is an additional need for bedside assistance. 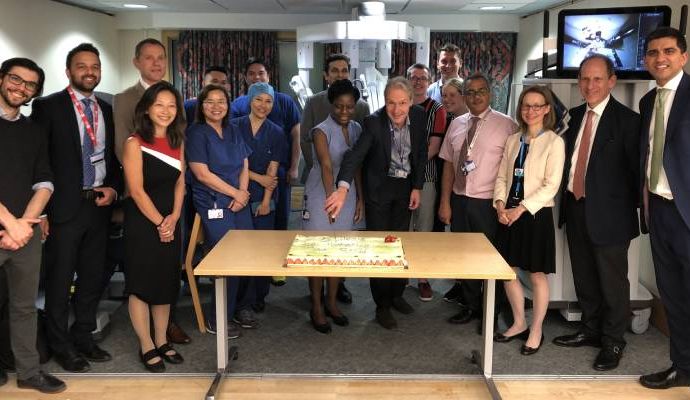 The day ended with a discussion on the future of robotic surgery, and the potential for artificial intelligence to one day allow for fully autonomous surgery – replacing the surgeon in some roles and ‘democratising’ access to medical care around the world.