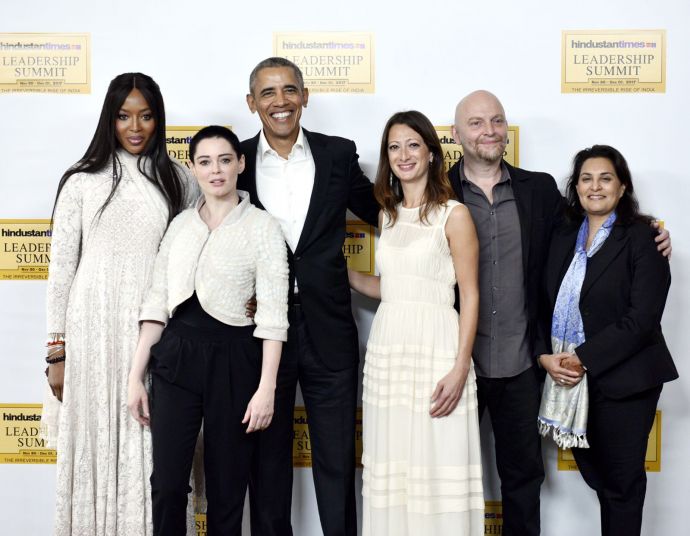 Consultant anaesthetist Rola Hallam confesses she can’t wait to get back to work at the Royal Free Hospital. Ever since she walked through the doors in 1996 to interview for medical school, the 38-year-old says she considers the hospital her ‘home from home’.

But Rola’s 14-month sabbatical has clearly been productive. She chatted to the former US president, Barack Obama at the Hindustan Times leadership summit, and the charity she founded, CanDo, has continued to raise awareness and funds for people working on the front line of healthcare in war zones. Before she gets back to her day job in a few weeks time she also has the small matter of delivering a TED talk after being named a 2018 TED Fellow, joining a group of 350 plus artists, scientists, entrepreneurs and more. “I’m excited but a little nervous as well,” she admits.

Rola moved to the UK from Syria when she was 13- years-old. She didn’t speak any English but had always wanted to be a doctor. She got five As and four Bs in her GCSEs but was advised that because she hadn’t got straight As medicine was barred to her.

“I decided that I wasn’t going to listen to that advice, after all I’d conquered English in a couple of years. The Royal Free Hospital was the only place that gave me an interview and gave me a place and it’s had my loyalty ever since, right through all my training up to becoming a consultant.”

But Rola’s Syrian roots meant it was impossible for her to ignore what was going on and she joined the charity Hand in Hand for Syria as their medical director.

The charity built six hospitals in the north of Syria and Rola is proud of their achievements.

But she felt there was a better route than the large organisations and charities to take to get the aid directly to the people who could help the most – the doctors and nurses already within the affected communities.

Rola said: “The figures just didn’t stack up for me. These were the people doing by far the bulk of the work but they were receiving a miniscule proportion of the aid. I knew there just had to be a better way. I wanted to reimagine human aid delivery. I think my background as an anaesthetist helped here because of my interest in technology and problem solving.”

Out of this CanDo was born. The charity does the due diligence, assessing and vetting, partnering with organisations to help it access funds sourced by crowdfunding. “We act as a bridge,” explains Rola. In December 2016 a children’s hospital was bombed in Aleppo. Thanks to crowdfunding 5,000 people from more than 10 countries raised over £250,000 in 10 days.

Equipment was taken from London to Syria and a new hospital opened its doors in April and has treated 13,000 children already. In total CanDo’s campaigns have raised over £280,000 through a total of five crowdfunding campaigns.

Rola’s latest campaign is to get funding to treat the children of northern Aleppo who have been mentally traumatised by the impact of war.

CanDo will be supporting the Independent Doctors Association (IDA) by launching a new crowdfunding campaign to fund the implementation of the Teaching Recovery Techniques (TRT) programme, developed by the Children of War Foundation. The programme programme has a history of helping children cope with the harsh realities of war. It proved extremely effective in Bosnia during 1998, encouraging psychologists to repeat it across the world in different places like Vietnam, Uganda, Iraq and Palestine, it has also reached displaced Syrians in Turkey, Lebanon and Jordan.

Once the training is complete the team will support 200 children with a number of activities designed to help them cope with the psychological trauma of war.

Rola is adamant that changing things is something that we can all do.

“It all starts with just having the courage to try and the courage to fail and get it wrong. I don’t think I’m doing anything other people can’t do. It’s not a skillset it’s a mind-set. You decide you want to be a part of making life better then you decide how you’re going to do it!”

For more information about CanDo or to support their latest campaign go here.

Pic: Rola Hallam is pictured standing next to the former US president Barack Obama (she is on the right).