In the hours following London’s July 7 2005 bombings, the Royal Free Hospital was one of several hospitals to receive those injured in the attacks. 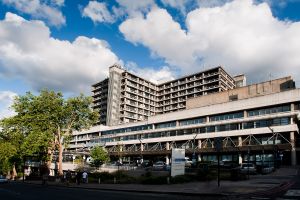 A decade on, staff have recalled those crucial few hours in the emergency department:

Ashley Baruah, then a charge nurse in the emergency department, had just started the 8am shift when news of several incidents in central London broke.

“We saw that something had happened on the news, although at this point they were saying it was a power surge, but we were already thinking about what we would have to do. There was confusion outside the hospital, but we were putting our emergency planning into action.

“We were able to clear the department in about 30 minutes. People were either admitted or those who were well enough were asked to go to their GP. Elsewhere in the hospital they cancelled all elective surgeries and investigations. The hospital had freed 100 beds within around half an hour.

“It was tense before the first casualties arrived because we really didn’t know which we were going to get and what injuries they were going to have. We were still getting all our information from the TV. That half an hour was probably the worst part.

“When patients started arriving it was just a matter of getting them into resuscitation, sending them upstairs or treating them and getting them out. I was expecting it to be much more chaotic than it was, but the system worked really well; we were all very well set up.

“It was stressful but morale was kept up because everyone knew they were doing something good. We were just focused on the job and the patient in front of us.”

Dr Andres Izquierdo-Martin, emergency department consultant, was the A&E’s medical controller on 7 July and managed the department as it received the wounded.

“People don’t realise how important it is to plan and have the proper support in place to handle these incidents. It doesn’t matter if you are the best surgeon in the world, if you don’t have that planning it just won’t happen.

“At that point everyone was using the phones and trying to get through to the switchboards, so communicating even inside the hospital was difficult. We had a lot of medical students around at the time, so we were using them as runners. I had one medical student with me all the time to send messages around the department.

“I wasn’t allowed to treat any patients as I was the medical controller. It was very difficult. I wanted to treat the people in front of me but I had to stand back. If you try to treat that one person you risk losing the other 60.”

As wave after wave of casualties arrived, staff had to try to ignore the chaos happening just down the road in central London. This was perhaps most difficult for Andres. His wife, who is also a doctor, had that morning been due to attend a meeting at the British Medical Association (BMA) in Tavistock Square, where the fourth bomb had been detonated on the number 30 bus.

“I knew my wife had had a meeting in the BMA and she usually walked or got a bus there from King’s Cross. I was trying to contact her but she wasn’t answering. She was in the back of my mind but I had so other things to worry about. After about an hour she got in touch.

“Afterwards people felt proud. Whenever you are planning for a major incident, you find yourself wondering if you could actually do it. Now staff knew that they could do it.” 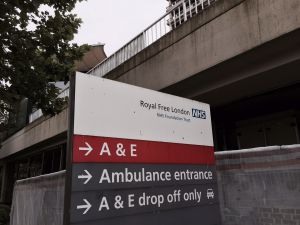 Sarah Edwards, then a senior nurse, was in charge of triaging the 62 casualties arriving at the emergency department.

“After we cleared A&E, it was a good couple of hours before patients started to arrive. This allowed us plenty of time to prepare the department. Prior to patients arriving, Pond Street seemed eerily quiet without the usual hustle and bustle. Communication from the outside hadn’t been consistent, so we were waiting for reliable sources to call with any news and we also tried to catch news updates on the PC near the triage area.

“Then all of a sudden the patients started to arrive at the same time. The more seriously injured arrived by ambulance but there was also a bus load of walking wounded. They were predominantly suffering from smoke inhalation, shock, and perforated ear drums - looking back it was evident that a lot of those people coming in probably couldn’t even hear what we were saying. Many just looked shell-shocked.

“There were so many teams from around the trust pulling together. I had never seen so many people in the department ready to help. It was an incredibly proud moment. No one wants to be part of that kind of incident, but it was amazing to see teams from throughout the hospital work together for a common goal.”

In July 2014 Barnet Hospital and Chase Farm Hospital became part of the Royal Free London, building a bigger trust and a better future.