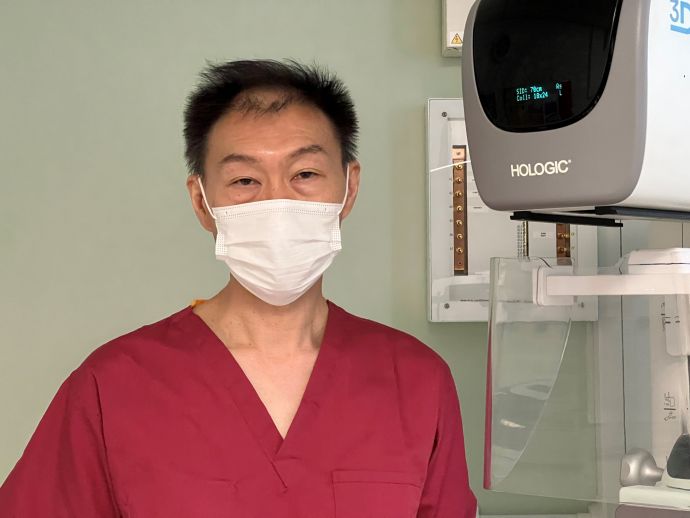 A new retrospective study at the Royal Free London (RFL) will look at whether artificial intelligence (AI) could potentially be used to detect breast cancer more effectively than current screening methods.

Currently mammograms are screened by two human ‘readers’. Having two people assess a mammogram instead of one increases cancer detection and lowers recall rates but it has high resource requirements and there is a shortage of qualified ‘readers’.

The RFL’s innovation and intelligent automation team has teamed up with North London Breast Screening (NLBSS) to run a clinical evaluation of Kheiron Medical Technologies AI tool, Mia, to see if AI could provide a solution.

As part of the evaluation, mammograms previously carried out at North London Breast Screening (NLBSS), run by the RFL at Edgware Hospital, will be reviewed by the AI programme Mia, which will also continually improve its ability to detect cancerous or pre-cancerous cells the more mammograms it analyses.

The Edgware unit is one of the largest screening services in the country screening around 50,000 women a year. This is one of 14 sites across the country participating in the study. If the study is successful, it could lead to further research in the future which could pave the way for faster and more accurate diagnoses of breast cancer.

The software works by analysing the image and suggesting that either no further action is needed or that further investigation is required, A clinician always has the final say, but if found to be effective the software could eventually do away with the need for a second radiologist. That would potentially alleviate current challenges, such as staff shortages and backlogs in the system.

Although the technology has been tested at a smaller scale the aim is to prove that Mia can be used for diverse and large screening populations so that it can rolled out widely in future.

Dr William Teh, clinical site lead, said: “The study will provide evidence to help assess whether the use of AI in this instance could be a viable option. It’s an opportunity to analyse and assess the differences between human and machine made decisions and to learn whether AI has the potential power to positively transform clinical practice in real-world screening populations.”

All data is anonymised and protected by strict information governance regulations.