A woman who donated a kidney to a stranger in need says she feels no different after making a full recovery from her operation.

Carolyn Hayman, 64, from Kentish Town, donated her kidney to a woman she doesn’t know, through the charity Give a Kidney because she has always been healthy and wanted to help someone who was less fortunate. 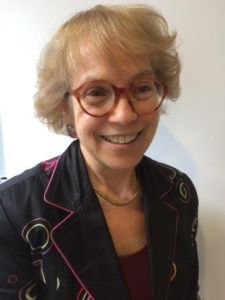 Carolyn said: “My mother died of kidney disease and I was told at the time they wouldn’t take a kidney from a younger person and give it to an older person so I wasn’t allowed to donate. But now they know much more about it and they don’t have those restrictions. In fact on the same day I had my operation, a young woman was donating her kidney to her mother.

“I was also thrilled to hear that my donation will save the NHS hundreds of thousands of pounds.”

After a suitable recipient was found through the central database for England and Wales, the operation took place at the Royal Free Hospital in July. Carolyn was only given basic information about the woman who received her kidney as donations are always anonymous.

Carolyn said that it took her six weeks to recover fully from the operation but she is now in complete health again – and proved it to herself when she completed a 40 mile cycle ride through the Chiltern Hills.

“There is no increased risk of kidney problems if you only have one so I was quite confident about doing it,” said Carolyn.  “When I first talked to my daughters about it one of them was fine and the other was anxious. But then she said she knew I’m a sensible person, and that if I think it is ok, then she was sure that it was.

“What really helped was speaking to someone who did a similar thing shortly before me, so that I knew what to expect. Now a friend of mine is exploring doing the same thing. A lot of people think this is an amazing thing to do – one person burst into tears when I told her – but for me, it's quite simple. I'm just the same as ever, and another whole family can lead a normal life again. With more than 5,000 people waiting for kidney donations, I hope that more people will make the same calculation that I did, and come forward.”