Researchers at the Royal Free London have been honoured by the NHS National Institute for Health Research (NIHR) for recruiting the first patients to three international clinical trials.

Dr Derralynn Hughes, clinical director of haematology, oncology and palliative care and a senior lecturer at University College London (UCL), and her team were recognised for recruiting the first patient to a global study looking into the treatment of lysosomal storage disorders (LSDs). 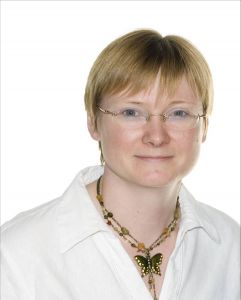 LSDs are a group of rare inherited disorders which cause abnormal storage of large molecules in various organ systems in the body. LSDs can cause deterioration in the function and structure of several organs such as the brain, skeleton, liver, kidneys, lungs, heart and spleen.

Dr Hughes, who leads research in the LSD unit, said: “This award is a testament to the Royal Free London’s commitment to world-leading research.

“The research and development department has created an environment that facilitates rapid, full approval and trial initiation. We have an international reputation in LSD and are already treating patients with these rare disorders because of the quality of care we can give them.

“All this means we are able to make major contributions to clinical research such as getting the first patient onto the trial.”

The RFH was also the first trial site in the world to recruit a patient to take part in a clinical study into a device that could act as a temporary artificial liver for patients suffering liver failure.

The extracorporeal liver assist device (ELAD), which is being trialled at the RFH by researchers led by Professor Rajiv Jalan, uses artificial liver cells to mimic liver function and filter a patient’s blood when their own liver stops functioning.

Professor Jalan, a consultant hepatologist and UCL professor, said: “Mortality rates for patients with liver failure remains very high. New treatments are urgently needed to help reduce death rates. The infrastructure at Royal Free Hospital and the support of the research and development department, particularly the nurses, allows us to perform complex research that involves patients safely and to a very high standard. The recruitment of the first patient into the ELAD trial is a testament to this.” 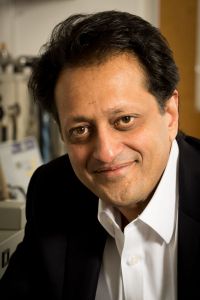 Another hepatology research team was given an award for recruiting the first European patient to the trial of a drug that aims to increase platelet levels in liver patients.

Currently those patients are given platelet transfusions ahead of treatment to help reduce the risk of bleeding. However this uses up valuable blood plasma products, and patients can react badly to the transfusions.

Researchers, led by Dr Raj Mookerjee, consultant hepatologist at the Royal Free London and UCL lecturer, are part of a phase three trial of lusutrombopag, a drug that aims to boost platelet production in liver patients ahead of planned procedures or treatments.

Dr Mookerjee said that his team’s success was partly down to the RFL being a leading centre for the treatment of complex liver disease and liver cancer.

He said: “This is a difficult study to recruit to, because you need to find a patient with advanced liver disease who requires a planned invasive procedure, and then arrange for them to go on a seven-day drug trial that will end within a week of the planned procedure. That all requires significant planning.

“When you have a large service treating a lot of patients it’s an advantage because there is such a large population to recruit from.

“But it’s almost more important to have research nurses, clinical fellows and clinical nurse specialists who are able to help recruit and coordinate patients’ treatment quickly, safely and effectively within a relatively small period of time. Without these highly-trained research supported staff, it would not be possible to run this kind of trial.”