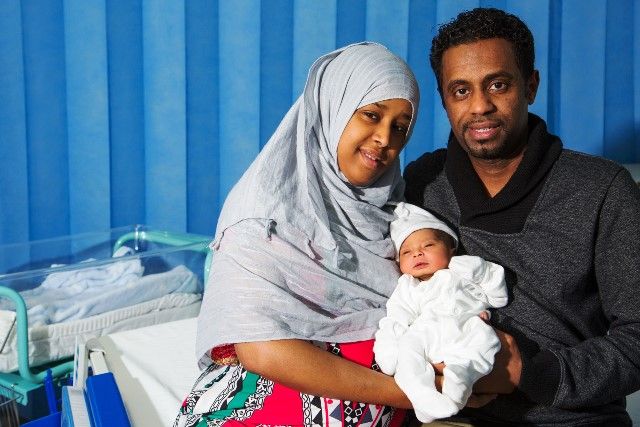 Eight babies were born at the Royal Free Hospital on New Year’s Day.

Amongst the arrivals was Mohmoud Mohmoud, who was born at 6.30am to 29-year-old Hodan Hassen Adona and her husband, Abdusamad Abdullahi, who live in Camden.

Mohmoud, who was born weighing 5lb 6oz, wasn’t due till around January 9th but he decided to come early making it a rather special hat trick for the new family.

A later arrival was Eilidh Elizabeth Bryden who was born at 5.17pm weighing 7lb 6oz. Her parents Ashley, 32, and David, 31, who live in Golders Green, also said their daughter had come just a little earlier than expected. 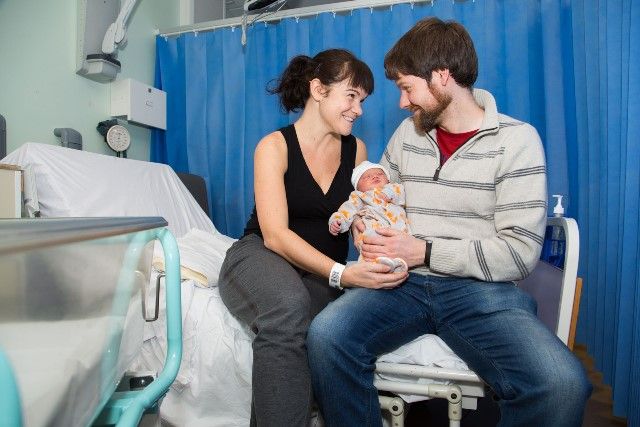 Ashley said: “I haven’t even told my boss yet and I was still supposed to be working from home! My due date was the 10th January but I ended up having five days of contractions so I knew she was coming early. I think I’ve had about eight hours sleep in the last four or five nights. Yes, I know I’ve got to get used to it!”

Siew Quek, senior midwife, said: “Having a baby on New Year’s Day is so special for the parents. I think they really enjoy celebrating the birth of their child and New Year at the same time.”