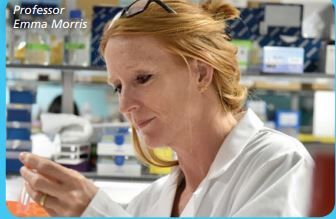 Bone marrow transplants in adults with immune system disorders are safe and effective when delivered at a specialist centre, according to a study which could have significant impact on future clinical practice.

A team made up of 21 scientists and clinicians working together at UCL, UCLH and the Royal Free London NHS Foundation Trust (RFL) published their experience of bone marrow transplantation for the management of patients with inherited life-threatening diseases affecting their immune system, also known as primary immunodeficiencies (PID).

BMT was previously reserved only for infants and children, but the new data has started to pave the way for a small select group of adults with PID to gain access to the procedure, and a proposal is being developed to increase access to other adults with PID.

The paper, published in the journal Blood in February, described excellent outcomes with reduced-intensity conditioning, and was accompanied by a commentary describing the research as “a notable first step in opening the door for further studies”.

The study described the largest series of adult PID patients who have undergone bone marrow transplant in the world, and demonstrated excellent overall survival rates at three years post-transplant, showing that adults with an appropriately matching donor should be considered for these potentially curative transplants.

The team looked at the outcomes of 29 patients treated at UCLH and the Royal Free between July 2004 and November 2016. The patients’ ages at treatment ranged from 17 to 50 years (mean age of 24 years) and they were affected by chronic granulomatous disorder, common variable immune deficiency, combined immune deficiency, XIAP deficiency and other PID conditions.

The results showed that overall survival at three years post-transplant for the whole group was 85% and there were no cases of early or late graft rejection. Patients showed resolution of infections and had good functional immune reconstitution.

Senior author Emma Morris said: “Bone marrow transplantation is considered a gold standard curative treatment for children affected by a range of PID conditions, but controversy still exists on its use for adult patients.

“The results of our study show we can achieve comparable success rates in adult patients as seen in young patients and that bone marrow transplantation for adults is safe when delivered in a specialist centre and should be considered as a potential cure for all adult PID patients with an appropriate donor and a sufficiently severe clinical picture”.

Professor Morris is a consultant haematologist at UCLH and RFL and Professor of Clinical Cell and Gene Therapy at UCL. She is also the lead for the Infection, Immunity and Immunotherapeutics Theme at the National Institute for Health Research UCLH Biomedical Research Centre.

One of her patients, Daniel Nie, 23, of Whitechapel, received a bone marrow transplant in February 2015. He said: “The problems first started for me when I was about 15 and developed a non-healing leg ulcer. I had numerous investigations and blood samples taken because no-one could work out why things weren’t getting better. I was even put in an oxygen hyperbaric chamber to see if that would help but it didn’t make any difference.

“As time went on I started feeling incredibly tired and lethargic, to the point that when I’d left school I was finding myself breathless even climbing the stairs. I had anaemia due to bone marrow failure and needed constant blood transfusions.

“About this time gene sequencing was performed on my blood which confirmed the presence of a genetic mutation causing my immune cells to not function properly, also known as primary immunodeficiency, or PID.

“Finally, the doctors started talking about a bone marrow transplant. I know my mum was very apprehensive because of the risks but the doctors explained I was not going to get better and this was my best option. That’s when I ended up at the Royal Free Hospital and met Professor Emma Morris and Professor Ronjon Chakraverty who explained that because I was so unwell they felt the best option was the transplant.

“I won’t pretend it was easy because I was also on chemotherapy drugs which were making me sick. But actually I only spent six weeks in hospital and my recovery process was fairly good.

“Initially I had to take medication to make sure the graft wasn’t rejected but now I just take penicillin twice daily. I also have to have nearly a pint of blood removed every couple of weeks because  all the transfusions led to a build-up of iron in my body, so this does leave me a bit tired afterwards.”

Daniel, who is studying medicine at Barts, added: “Rather than putting me off, my experience of hospitals and the people who treated me has led me to want a career in medicine for myself. And it feels good to be living proof that bone marrow transplants are effective for adults with PID.”

Daniel’s underlying genetic diagnosis was made using next generation sequencing, demonstrating the importance of identifying causative genetic mutations in rare diseases, which permit targeted therapies such as stem cell transplantation.