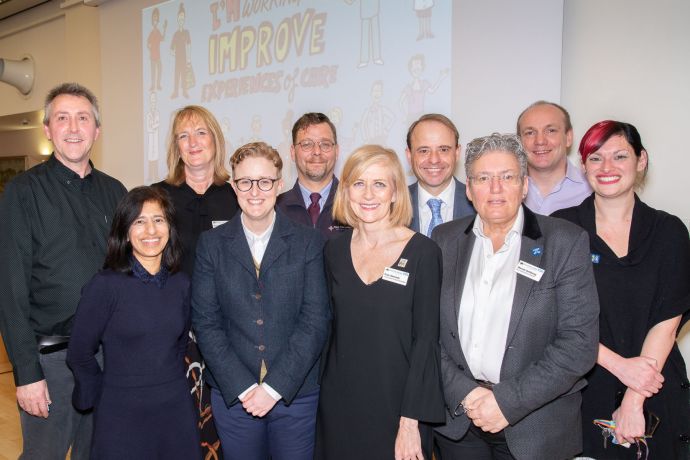 Keynote speaker Ruth Hunt, Stonewall chief executive, told more than 100 gathered attendees that there was a real need for inclusive leadership to bring about real change for people from the LGBT community.

Stonewall, a lesbian, gay, bi and trans equality charity, was just one of seven high profile organisations represented at the event organised by the RFL to celebrate the diversity of its workforce and discuss the importance of equality, diversity and inclusion.

Ruth said: “We all have to take very seriously the notion of how we can be truly inclusive of everyone who comes through the door….That starts with having a generous, inclusive leadership team.”

The RFL’s LGBT+ & Friends forum has grown significantly since 2013, starting with a Pride march in London of six staff members to having a float of 100, including most of RFL’s executive team in 2018. The trust recently held its first transgender day of remembrance service in the Royal Free Hospital chapel.

RFL group chief nurse Deborah Sanders told delegates how important it is to ‘recognise diversity’ in everyone no matter who they are.

“As a trust we are a member of Stonewall but we have still got a long way to go to break down the barriers and stigma that people face in their everyday lives.”

She said that it was important to acknowledge the headline figures:  recent research by Stonewall, found that one in seven LGBT people avoid treatment for fear of discrimination because they are LGBT. One in eight have experienced some form of unequal treatment from healthcare staff because they are LGBT and nearly one in four LGBT people have witnessed discriminatory or negative remarks against LGBT people by healthcare staff.

Royal Free London non-executive director Wanda Goldwag told delegates of the ‘power and importance’ of representative staff networks within organisations ‘to make the workplace a better place for LGBT people’.

“At this trust we are absolutely, totally and utterly committed to all groups of people because it is both morally right and because we want the best people," she added.