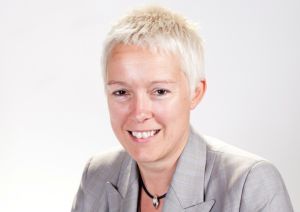 Caroline Clarke, the chief finance officer of the Royal Free London, has been named one of the top 50 trailblazers in public finance by industry experts.

The Chartered Institute of Public Finance and Accounting (CIPFA) has named her in the top 50 alongside Danny Alexander, the chief secretary to the treasury, and Paul Baumann, the chief financial officer of NHS England.

According to Lem Bingley, content development director for Public Finance, the CIPFA’s magazine, those named are all “champions at driving change for the better” and added that they were all “extraordinary pioneers possessed of the determination, diligence and professional creativity needed to do things differently” .

Caroline, who joined the trust in 2011, said:  “I’m delighted to have been included in this list of people. In the 21st century health service we are challenged by declining funding and a fragmentation of the welfare and health systems. Our job is to create an alternative future for our patients, which takes all this into account. So our biggest professional challenge is to integrate all this across various institutional boundaries and to create new systems and ways of working.”

Caroline’s leadership helped the Royal Free London gain foundation status in 2012 and steered the acquisition of Barnet Hospital and Chase Farm Hospital in 2013.