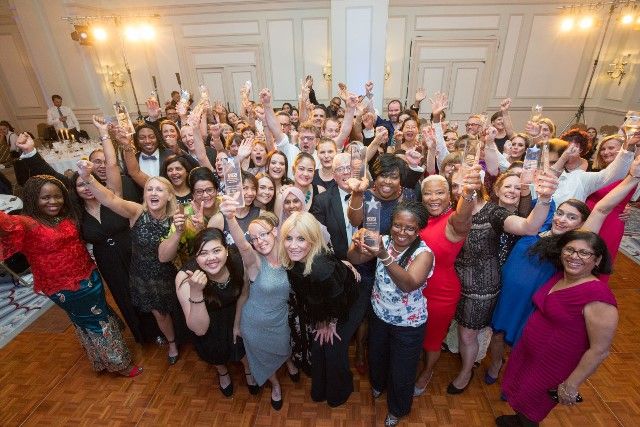 Nearly 300 members of staff, including nurses, cleaners, doctors, midwives, porters, and  clinical support staff, attended the Oscars ceremony, which was funded by the Royal Free Charity.

Throughout the evening more than 30 awards were handed out to staff who had made a significant contribution to patient care and the life of the Royal Free London in 2017.

Michelle, who is best known for her appearances in two of Britain’s best loved soaps EastEnders and Coronation Street, praised staff before handing out the awards.

She said that she had spent a lot of time at the Royal Free Hospital over the last year with her mother who had been in hospital for treatment.

Michelle said: “Every single member of staff that I’ve met, from the wonderful receptionists, to the porters, to the nurses and the doctors, have been one hundred per cent professional, caring and reassuring − you are all world-class winners in my eyes.”

She added: “I am very proud of our NHS so when I was asked to take part in tonight I of course said yes”.

Royal Free London group chairman Dominic Dodd said: “The hospitals in our group have been pioneers of the NHS, are rated as some of the top-performing in the country on the two things which matter most of all - quality of care and value for taxpayers’ money - and are at the forefront of innovation in the NHS.”

Among the winners was cardiology matron at the Royal Free Hospital Clare Carter-Jones, who won the chairman’s leadership award for her work which has resulted in her team having the highest levels of patient satisfaction in the trust. 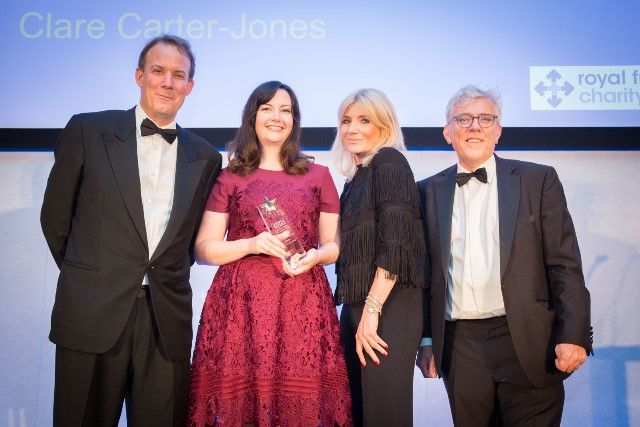 Royal Free London group clinical team of the year was won by the endoscopy team at Chase Farm Hospital for their work to improve patient care and their commitment to education and learning.  Despite undergoing huge changes and a relocation, this team was awarded the highest possible accreditation for an endoscopy service, which resulted in other hospitals coming to see how to run their own units better. 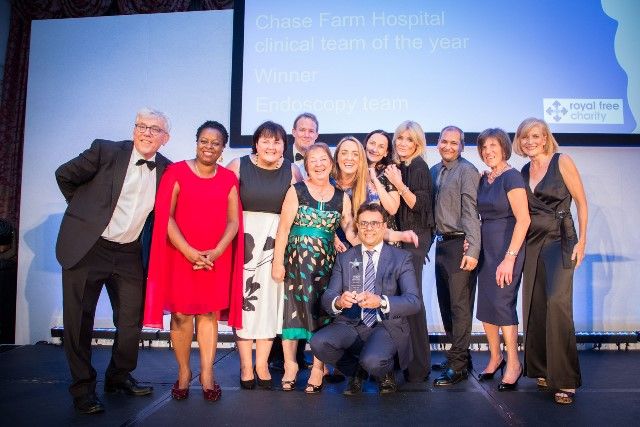 Dr Vignaraja won this award for achieving excellent results in the management of femur fractures, His outstanding work places the RFL in the top 10 per cent nationally for this service, resulting in commendations from the national hip fracture database. With a fantastic bedside manner and clinical knowledge, Dr Vignaraja was described as an excellent clinician and an inspirational teacher. 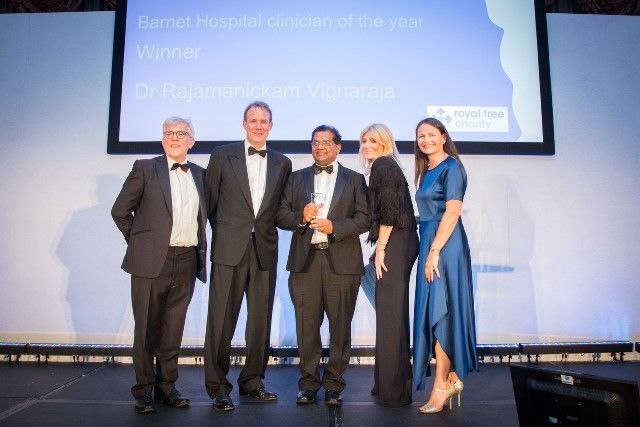 Speaking after the ceremony, Sir David Sloman, Royal Free London group chief executive, said: “Congratulations to all of our award winners, runners up and nominees for all of the work they do on behalf of our patients. We had a record number of entries for this year’s awards which is a testament to the commitment and dedication of all of our colleagues who make the Royal Free London such a special place to work.”

The full list of award-winners from last night is:

Volunteer of the year award

Non-clinical employee of the year

Non-clinical team of the year

Clinician of the year award

Clinical team of the year