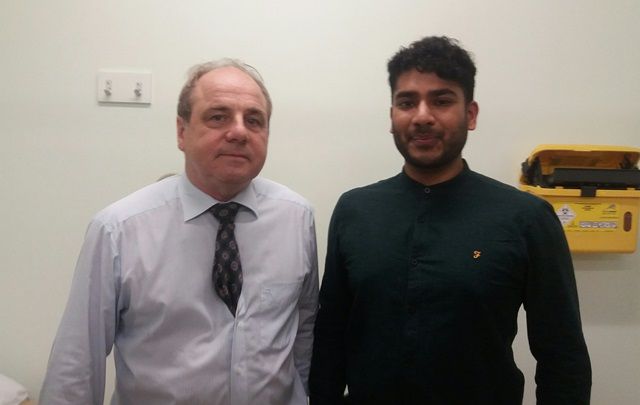 The results will be screened tonight (18 July) in the Channel 4 show, ‘Live Well for Longer’, at 8pm. Professor Moore and the volunteers are also joined by presenter Dr Tamal Ray, a former contestant on The Great British Bake Off.

Nearly 30 participants took part and were tested before and after cutting out alcohol for a month. They were given blood tests, a liver function test and answered a series of questions about their wellbeing, including concentration and sleep patterns.

According to Professor Moore just one alcohol-free month can lead to health improvements such as insulin resistance, blood pressure and body weight.

Professor Moore said: “The research we have done so far shows that even giving up alcohol for a relatively short amount of time can have a very positive effect on people and might also make people think about cutting down their intake in the long term as well. Our latest published study also shows the vast majority of people who cut out alcohol for a month will have a rapid decrease in the amount of cancer-related growth factors in their blood.”

Alcohol has been linked to the development of several cancers, including the digestive tract, liver and breast and is classified as a class 1 carcinogen.

Research conducted previously by Professor Moore and Dr Gautam Mehta, has shown an association of abstinence from alcohol with a marked reduction in chemical messengers that are associated with cancer progression.

Professor Moore said: “I’d recommend everyone tries to give up or cut down on their alcohol intake and see what a difference it makes to their lives.”