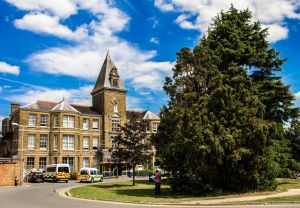 A number of clinical services at Chase Farm Hospital will move to new locations within the hospital this summer as part of the planned redevelopment. This will allow for construction works to begin early next year, subject to approval of the final business case.

The services that are due to move on site include:

The services will then remain in place until their planned move into the new hospital building in 2018.

David Sloman, chief executive of the Royal Free London, said “Moving the services this summer means that once construction of the new building starts early next year it will have minimal impact on patient care.

“We are finalising dates for the moves and these will be shared as soon as we have them. We are working hard to ensure that disruption is kept to a minimum for patients, visitors and staff.”

Services will run as normal following the relocations and will be moved on days when there are no appointments. The urgent care centre will be moved overnight and the opening hours will be unaffected.

The trust is also carrying out work over the next year to improve the environment for patients and staff. The diabetes centre has already been refurbished and improvements to cycle storage funded by the Royal Free Charity are due later in the year.

More information on the service moes can be found at www.royalfree.nhs.uk/chasefarm.