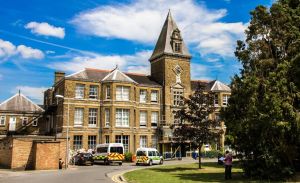 The Royal Free London has confirmed the dates when a number of services at Chase Farm Hospital will move elsewhere on the Chase Farm site over the next month.

Find out more about the service moves.

The urgent care centre, which provides a walk-in service for minor injuries and illnesses, will move overnight on 4 August; from 5 August it will be located immediately opposite the Hunters Way entrance to the hospital site. Opening hours will remain unaffected.

Moving clinical services this summer means that once construction work starts on the new hospital there will be minimal disruption to patient care for the duration of the building works.

The list of services due to move and their move dates are:

The services will then remain in place until they move to the new hospital building in 2018.

David Sloman, chief executive of the Royal Free London, said “We will be carrying out these moves in a way that will have minimal impact on patients. For example we are moving the urgent care centre overnight so that it will remain fully open on the days immediately before and after its relocation."

Find out more about our service moves this summer.