A total of 52 patients were recruited to the 100,000 Genomes Project during a special clinic, also attended by the NHS England chief scientific officer, Professor Sue Hill. 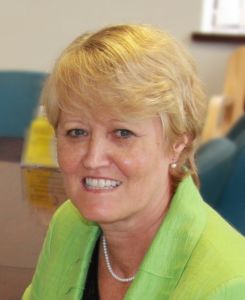 The patients, who all have conditions that cause cysts to form in the kidneys, are taking part in the 100,000 Genomes Project, which is a research project aimed at improving the diagnosis and increasing our understanding of rare diseases and cancers. This will create a new Genomic Medicine service for the NHS – transforming the way people are cared for by bringing personalised medicine to the clinic.

At the Royal Free London patients with kidney, neurological, metabolic, eye, paediatric and other rare diseases are eligible for enrolment in the project.

At the recruitment clinic, which was organised by clinical nurse specialist Elizabeth Houghton, the patients were given an introduction to the project by Daniel Gale, a consultant nephrologist at the Royal Free Hospital. Professor Hill also spoke to the patients about their involvement in the project.

Patients then took part in a Q&A session before clinical staff took a blood sample which is now undergoing genetic analysis.

Daniel said: “The recruitment session went really well and we’re delighted that so many of our patients have agreed to become part of this hugely important study. We were also thrilled that Sue Hill could attend the clinic.

“Once the genetic code of a patient has been analysed we will hopefully be able to identify the specific gene change responsible for their cysts developing. This information might be used to help identify those patients who would benefit from early treatment with a medication that has recently become available for one type of kidney disease. In addition, finding the gene change in a patient can also be used to test family members who have volunteered to donate a kidney, confirming it is safe for them to go ahead.”