A consultant neurologist at the Royal Free London is leading a study into the wellbeing of patients with advanced Parkinson’s and the needs of their carers.

Anette Schrag, who is also a professor of clinical neurosciences at the University College London Institute of Neurology’s Royal Free Campus, wants to evaluate the needs and current state of care for patients, with the aim of improving the lives of patients with advanced Parkinson’s and their carers. 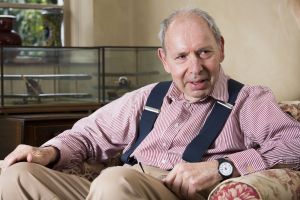 The study assesses health and social care systems in six different European countries by interviewing patients about their care and how they feel it could be improved. Additionally, patients not currently seen by a specialist could also be eligible to enrol in a sub trial, which will investigate the effects of assessment and recommendations by a movement disorder specialist.

Professor Schrag said: “Most people with Parkinson’s live and are treated in the community, either by a neurologist or an elderly care consultant. Generally speaking they will see their clinician once every six months and maybe also see a specialist Parkinson’s nurse.

“This study is about making sure those people aren’t getting lost in the community and slipping through the net. When someone has had Parkinson’s for a long time, particularly if they are older and have other health issues, they can get ‘lost’ in the follow up system and symptoms of Parkinson’s can be undertreated or missed altogether.”

Married art historians Thomas and Brenda Brod from Hampstead joined the study after it was recommended by their GP. Thomas, 70, was diagnosed with Parkinson’s when he was 43, although it was thought he may already have had it four years earlier.

Brenda said: “When Thomas was diagnosed I had an image in my mind of something that would be absolutely devastating. We had a child who was about three months old, a four-year-old and two teenagers. It was scary. I thought if we are lucky I would be able to hold the family together until our youngest became an adult.

“But for the first 12 years it had little effect on him. And up until relatively recently he has still been able to do the things he wants to, like ride his bike and travel.
“I started thinking of myself as a carer when I found myself getting up six times a night to help him get out of bed or in the day when he had a hallucination. You can’t help thinking of yourself as a carer when taking someone food in bed and feeding them.”

Thomas added: “Having Parkinson’s can be difficult and painful. There are also the hallucinations. The first one I had was of Cirque du Soleil parading around the house.

“It can be very strenuous on Brenda. She has been doing a carers course, which I believe has helped her a bit.” 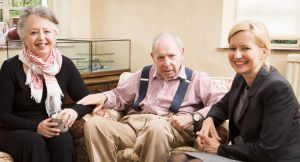 The couple said they were keen to take part in the research project.

Brenda said: “We are lucky because we live in a part of London that is well served when it comes to Parkinson’s care, but for people living elsewhere in the city and the UK I know it’s difficult. If something works for one group of patients it should be available to everyone.”

“Thomas and I have benefited from the care we have been given, so if we are asked to participate in something that can help the NHS and other patients then we are willing to do it.”

Thomas added: “I think whatever you can learn about Parkinson’s and the experiences around it has value, both for myself and for other people with the condition.”

If you are interested in taking part in the study or for more information contact the research team: g.bartl@ucl.ac.uk or joy.read@ucl.ac.uk. The team is particularly keen to speak to people living at home or in a care home who have had Parkinson’s for more than seven years and are not under the care of a neurologist.

Image 2: Brenda and Thomas Brod at their home with Professor Schrag