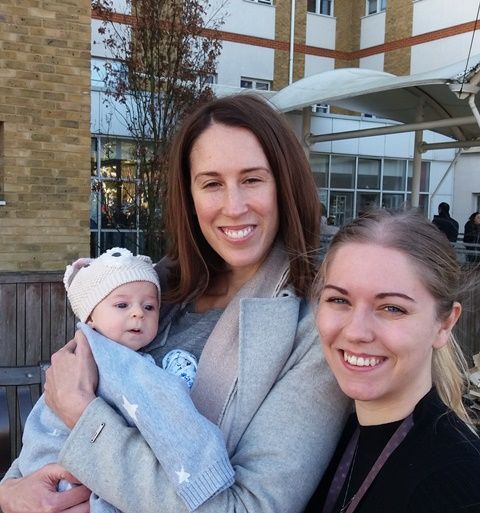 A new approach to maternity care which means that women are looked after by one midwife for most of their pregnancy has led to fewer miscarriages and pre-term births.

The ‘continuity of carer’ model being adopted by the Royal Free London means pregnant women under the care of the trust mostly see just one named midwife or another midwife ‘buddy’ during pregnancy, birth and postnatally.

The continuity model has been shown to offer major benefits for mothers and children including significant reduction in miscarriages and pre-term births.

The model has also shown that there are cost savings to be made as consultant out-patient appointments and antenatal admissions are reduced. There was also a significant reduction in elective and emergency caesareans which also delivered significant savings.

The response from women under the care of the Royal Free London, who gave birth under the new model, has been almost unanimously positive. Women reported that they appreciated not having to explain their situation and tell their story again and again to different midwives and healthcare staff. They also said they trusted their midwife and were able to build up a supportive relationship.

Sarah Krasniqi, 39, from Borehamwood, gave birth to Ava at the Barnet Birth Centre at Barnet Hospital and Lisa Iles was her named midwife (pictured).

Sarah said: “I’m an older first time mother and didn’t really know what to expect but speaking to other mums I knew that this approach was really different and I feel incredibly lucky. It enabled Lisa and I to build up a bit of a relationship and friendship.

“Lisa has taken care of me throughout my pregnancy and it’s been amazing – she made me feel safe and secure. I didn’t have to explain things all over again, Lisa knew how much I wanted a water birth and having her alongside me every step of the way meant I was much more relaxed and calm. I had quite a smooth delivery and I definitely think I wasn’t so stressed thanks to Lisa being there from beginning to end.

Lisa added: “Sarah went into labour just before I was due to deliver a clinic but that was fine because someone else from the team was able to cover it for me, enabling me to be there for Sarah’s delivery. We also have a ‘meet the midwives’ day so mothers-to-be can get familiar with other members of the team as well, just in case it’s not possible for us to be there at the delivery.

“Our relationship with the mothers continues even after the birth. We see new mums up to 28 days after they have given birth to make sure the baby has reached their birth weight and isn’t jaundiced. We visit mums in their homes which they also find really helpful and because they are calmer in their own environment it’s easier for us to help them with any issues they’ve got like supporting with feeding.

“This way of working does deliver a lot of job satisfaction and the outcomes speak for themselves.”

It is estimated that by March of this year 25% of pregnant women under the care of the Royal Free London will be on the continuity of carer model and that figure will continue to rise going forward.

Mai Buckley, group director of midwifery for the Royal Free London, said: “We know this model of care is what women want and results in better outcomes for mothers and babies. In addition our staff who have already adopted this model have told us they love it because it empowers them to deliver better care. Of course it is not possible to make radical system changes like this overnight but we are proud to be in the vanguard of this important work.”

Continuity of care for mothers to be was committed to in the NHS Long Term Plan (LTP) published in January 2019.