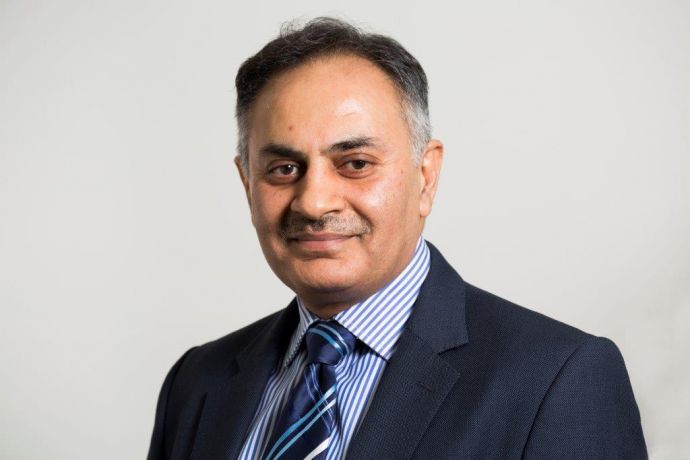 Expensive and invasive treatment for haemophilia patients could soon be a thing of the past after promising results in a new gene therapy trial being carried out at the Royal Free Hospital.

Traditional treatment for haemophilia is life-saving but it comes with a hefty price tag and patients often have to undergo multiple injections week in week out.

Professor Amit Nathwani, director of the Katharine Dormandy haemophilia centre at the Royal Free Hospital (pictured), said: “We call it the ’one and done approach’. We are talking about potential savings running into millions and a much better quality of life for patients who no longer have to endure multiple injections. Instead of seeing patients all the time we are now seeing them perhaps twice a year. We’re not seeing them because they’ve had a bleed and are in trouble. We’re just doing surveillance and what we see is that they have improved levels of clotting factor in their blood. We still don’t know how long the effects will last but so far the results are very impressive.”

Professor Nathwani says that in the future even more rare genetic diseases, such as Fabry disease and Gaucher disease, could benefit from gene therapy.

He adds: “If gene therapy is going to have maximum impact, ideally we will one day be able to start it in children so we can avoid the permanent damage that evolves from long-term conditions.”

One patient who has benefitted from the treatment is Scott Waterman, who was born with haemophilia B. The 44-year-old, who lives in central London, began on the gene therapy trial for haemophilia B nearly seven years ago and says that the therapy has made a difference.

He said: “The biggest change is that it has all but eliminated the spontaneous bleeds I used to get. From my mid-20s they were increasing in frequency but now I no longer get them and that is almost seven years of not having the agonising pain that came with them and the associated degenerative damage to the joints so that can only be a good thing.

“At the time my father and sister were against me having the gene therapy. They said ‘let someone else be the guinea pig’ but they now agree it was the right decision. I still have a lot of health issues but I do hope that by being part of this trial I’ve potentially helped future generations.”