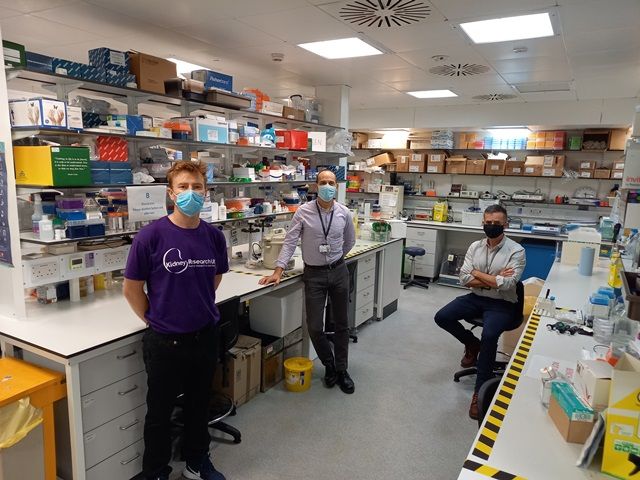 A new study by doctors at the Royal Free London (RFL) reveals that salt plays an important role in the immune system.

The study, led by renal consultants Professor Alan Salama and Dr Stephen Walsh, revealed that patients who have a condition which means they lose excessive salt in the urine, often suffer from recurrent infections because they do not make enough of a protective type of white blood cell that is needed as part of a healthy immune system.

Dr Rhys Evans, a senior renal trainee who worked on the study, said that while evidence from other research had shown that high salt diets could promote a more extreme immune response and worsen autoimmune conditions such as multiple sclerosis, there hadn’t been any corresponding work to find out the impact on the immune system of a lack of salt.

The team behind the study initially put themselves and a group of volunteers, including transplant patients, on a low salt diet for a week. However, over this short period of time, there was no effect on their immune system.

Instead, they looked at a group of their patients who have conditions, including those with Gitelman or Bartter syndrome, which means they lose significant quantities of salt through their kidneys.

Professor Salama said: “The patients were not just experiencing infections – they were recurrent. Everything from chronic fungal infections to unusual abscesses and high rates of urinary infections, particularly in men. Through a series of experiments Rhys discovered that these patients don’t make enough of a white blood cell protective protein – interleukin 17 - which plays an important role in the immune system.

“The implication from our study is that too little salt over a long period of time reduces your immune system’s ability to protect you from infection. Going forward we can find out if there are ways we can try to improve immune responsiveness for these patients to enable them to successfully fight infection.”

Dr Stephen Walsh, who also led on the study, added: “The results of this study are important, not only because they tell us more than we knew about these rare conditions, but because they show that salt plays an important part in the effective operation of the immune system.  However, more research is needed before we can say if salt can be used to affect outcomes in autoimmune disease.”

The study was published in Nature Communications and brought together RFL experts in renal immunology and renal physiology.