David, who was ranked seventh in the same list last year, was in charge of the trust during the acquisition of Barnet and Chase Farm Hospitals NHS Trust in July 2014, which paved the way for the planned redevelopment of Chase Farm Hospital. 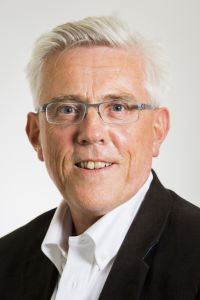 In 2015 he oversaw the creation of Health Services Laboratories, a public/private partnership which provides pathology services to the NHS, and launched the £25 million redevelopment of the Royal Free Hospital’s A&E.

In September 2015 the RFL was named among NHS England’s ‘acute care vanguards’ which have been tasked with spreading excellence in hospital services and management across the NHS.

The HSJ said: “The merger of the Royal Free with Barnet and Chase Farm has created an organisation with a £1bn turnover and all the challenges of working across multiple sites.

“Mr Sloman has been in post since 2009 and has to deal with the complicated central and north London health landscape, involving multiple CCGs and partner organisations. He is also working closely with other neighbours through UCL Partners Academic Health Science Centre. He is well respected and has been praised for having a vision for the trust."

Dominic Dodd, chairman of the trust, said: “We are all delighted that David's outstanding contribution to the NHS has been recognised in this way and are proud to have him leading the team here at the Royal Free London.”