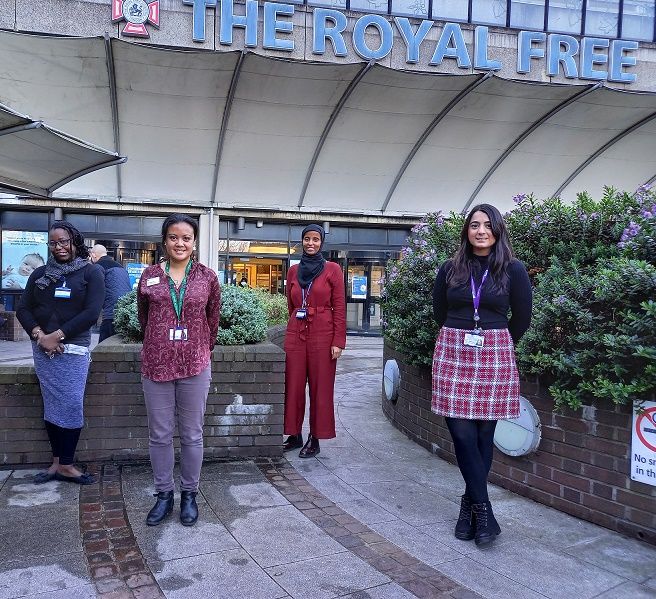 Most notably, researchers at the trust have worked to increase recruitment to the H4RT trial, a study for people with highly advanced kidney disease who need dialysis treatment.

This trial aims to see whether there is any difference between high-volume haemodiafiltration and high-flux haemodialysis in terms of longer-term survival and hospitalisation from heart disease or infections in people with kidney failure. Effects on quality of life, admission to hospital, symptoms, infection rates and costs are also being examined by researchers. The RFL is one of 33 sites taking part.

Initially, the trial struggled to recruit patients, as Rani Badhan, clinical trials manager for the trust, explained. “We had only recruited about 30 patients for a long time,” she said. “It had taken us about three years to get to that number, and then the COVID-19 pandemic happened.

“We started re-engaging our satellite units a few months ago when studies were getting back up and running again, we were really focused on increasing recruitment. However, we noticed our dialysis cohort were more anxious about changing their dialysis treatment and the implication on their health, than before pandemic, which was initially a key barrier to recruitment. Our dialysis cohort are also ethnically diverse; some patients are bilingual, they can speak English, but may lack confidence to communicate in English, if this is their second language.”

To overcome this barrier, the team focused on building trust and rapport with patients. For example, principal investigator, Professor Andrew Davenport, and the delivery team approached patients together, explained the risks and benefits in more detail and reassured patients their participation in the study would not increases their susceptibility to COVID-19. Increasing the ethnic diversity among members of the research team also helped boost recruitment.

To do this, the ethnic balance of the team working on the H4RT study changed. “We brought in delivery staff from different ethnic groups, who could speak the languages used by dialysis patients at sites,” explained Badhan. “So now the team, who amongst them can speak Hindi, Punjabi, Gujarati and Somali, can recruit patients more effectively because they speak the same language.”

Since making the changes to the research team about three months ago, recruitment has gone from 30 participants up to 95 at the time of writing.

“I think it shows that diversity works both ways,” suggested Badhan. “You need diversity in terms of the patients you recruit because that reflects the general population but injecting a bit of diversity into your trial recruitment team can reap significant benefits as well.”