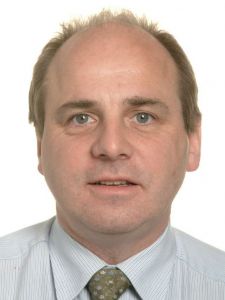 A liver expert at the Royal Free Hospital has explained why he decided to study the effects of taking part in ‘Dry January.’

The volunteers lost 40% of their liver fat, lost 3kg in weight, had reduced cholesterol and lower glucose levels.

Professor Moore said: “These results were very striking and if you had a drug which was able to do all these things, then it would be a multi-billion pound market.”

When he found out Alcohol Concern were promoting their Dry January campaign at the Royal Free London this year, Professor Moore thought it was the perfect opportunity to do a more formal study and see whether the New Scientist results would be repeated when carried out on a larger scale.

“We put out an email about this to staff at the Royal Free Hospital and UCL and within four days we had 280 applicants to take part in the study,” said Professor Moore.

Successful applicants were given blood tests, had to answer a questionnaire about their health and were given a liver scan. These tests will be repeated at the end of the month and then further data will be gathered three months and six months later.

Professor Moore explained what the effects of drinking too much alcohol over a long period of time could be and said that toxins released when we drink cause inflammation in the liver. Over time this builds up to cause scar tissue in the liver, also known as cirrhosis.

He will return to Inside Health once the results have been published.

Listen to the programme.