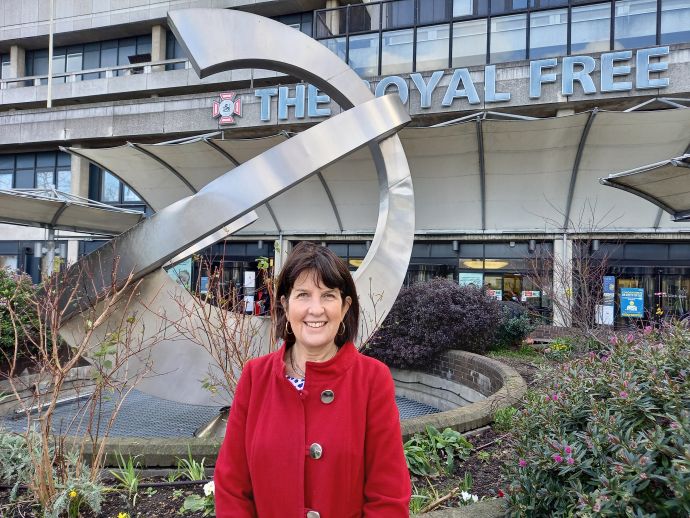 Genetic sequencing could be used to quickly diagnose a range of neurological disorders ending years of uncertainty for patients, according to new research carried out at the Royal Free London and elsewhere.

Historically, getting a diagnosis for certain genetic conditions has been difficult. Now the results of a new study suggest that whole genome sequencing (WGS) can quickly and accurately detect the most common inherited neurological disorders and, if adopted in routine clinical practice, would enable people to get definitive diagnoses sooner without the need for multiple tests. Genetic sequencing of a person's whole DNA is more likely to detect conditions which may have been missed by only targeting certain genes.

WGS is already offered to people in England with rare disorders or childhood cancers through the NHS Genomic Medicine Service. However, the technique wasn’t thought to detect conditions known as ‘repeat expansion disorders’ caused by the insertion of short repetitive chunks of DNA into the genetic code. These disorders are relatively common, affecting around one in 3,000 people, and include neurodegenerative and movement disorders such as Fragile X syndrome, Huntington’s disease, Friedreich’s ataxia, and some forms of amyotrophic lateral sclerosis or frontal lobe dementia.

The study, published in The Lancet Neurology, led by the 1000 Genome Project in the UK, includes authors from the Royal Free London - Huw Morris, Heather Angus-Leppan and Anette Schrag.

Researchers assessed the accuracy of WGS to detect repeat expansion disorders in 404 patients who had previously been diagnosed using standard NHS tests, concluding that the accuracy and sensitivity of WGS was comparable.

Next, it was used to investigate 11,631 undiagnosed people with clinical symptoms potentially associated with a repeat expansion disorder, including Royal Free London patients, resulting in new neurological diagnoses for 68 of them.

Heather Angus-Leppan, consultant neurologist at the Royal Free London (pictured), said: “The neuroscience team have been involved in the planning and execution of this research for almost ten years but even so this is just the beginning.

“This research is very significant – I think its going to change the whole face of medicine. When we talk about personalised medicine this is very much part of that process because it helps us understand the mechanism of the disease and how we best treat it – for example the best dosing levels of medicine for the individual. This will change the whole way we currently practice medicine.”

Heather says the testing will not be a replacement for clinical assessment. “Far from it, I think this needs to be in the hands of very good clinicians looking after people in their area of expertise,” she said. “There may be a diagnosis we can’t specifically treat but over time more and more treatments do become available. Patients tell us they want to know what the matter is even if there isn’t a cure as it’s better then the uncertainty of not having a diagnosis and having no idea what is coming next.”

A definitive diagnosis will also mean other member of the family can be tested.

Heather added: “Again this will need to be dealt with by excellent clinicians who can start having those conversations with families who might be affected. There are a lot of moral and ethical factors that will need to be considered.”