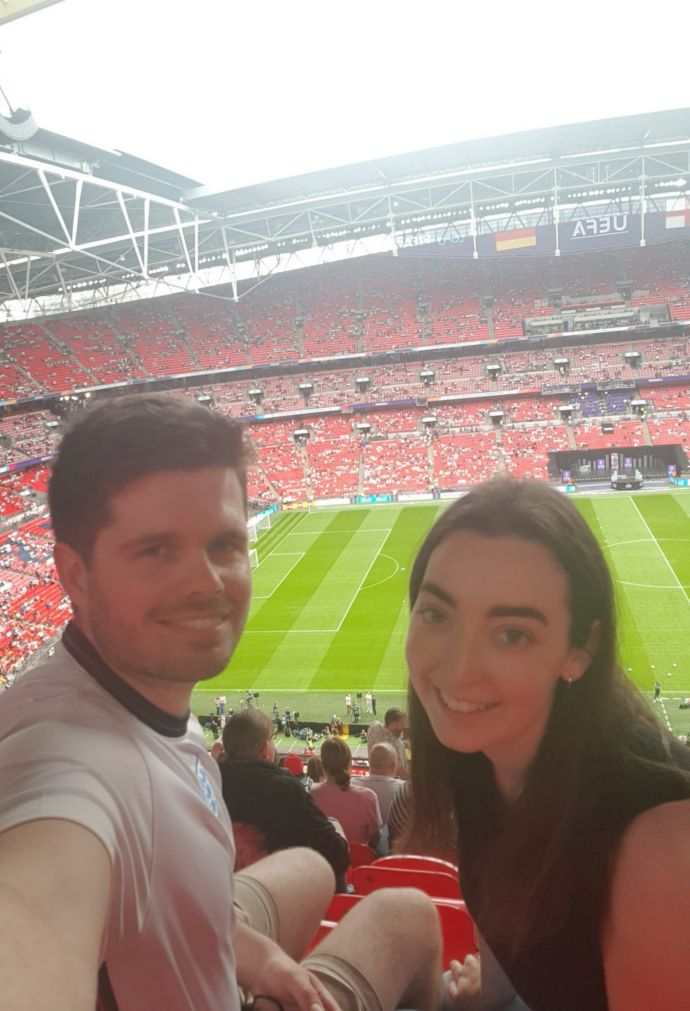 Liver transplant recipient Clare Dickins, has had a year like no other.

The 29-year-old, who lives in Tooting, south London, finally received a long-awaited liver transplant in December. She got married just 11 weeks later and even found time to attend the final of the Euro 22 Championships this summer and witness the Lionesses lift the trophy.

Clare, who grew up in Bristol and now lives in London with husband Ben, has just started a new job in the events industry. But this time last year it was a very different story.

Clare explains: “I was diagnosed with primary sclerosing cholangitis (PSC) when I was 17. It’s a rare liver disease where the bile ducts inside and outside your liver are attacked by your own immune system.”

The rare condition meant Clare was often in and out of hospital if she developed an infection and there were constant medical appointments. As time went on and her condition worsened, Clare grew more fatigued and was coming home from work only to go straight to bed. Weekends were spent conserving her energy.

Clare said: “From being someone who enjoyed exercising and playing football, I had to drop everything. When I was told at 20 by my consultant that one day I’d need a liver transplant, I was fearful - but as my health deteriorated I looked forward to getting a new liver.”

A few months before she was put on the liver transplant list, Clare met Ben.

She said: “First of all I had to tell him I had a liver condition and then reveal I was on the transplant list. It must have been a lot for him to take on board but he took it in his stride. We got engaged in May last year and set the wedding date for February this year. We had no idea if or when a liver would be available but setting a date for the wedding seemed the right thing to do.”

Last July Clare was just falling asleep when she received a call asking her to come into the Royal Free Hospital (RFH) for a potential liver transplant.

She said: “Due to COVID-19 I had to come in alone. Unfortunately the liver was not deemed to be in good enough condition so I was home by 6am. It all felt very surreal.”

The call came again in December – two years after she had been placed on the list - and this time there were no setbacks.

Clare recalls: “There was no time to be nervous. I had complete trust in my team and wasn’t worried.”

After a 10-hour operation Clare spent 24 hours in intensive care and then it was back to the ward. Clare was finally allowed to leave hospital at 9pm on Christmas Eve. Ben collected her and drove her to her family in Bristol where she continued her recovery.

“It was the best Christmas present ever being able to spend Christmas with my family.”

Clare’s health quickly improved. She said: “I remember looking in the mirror in the hospital just a couple of days after the operation and seeing how white my eyes were compared to how yellow they had been before.”

But as well as recovering from a major operation Clare was now planning a wedding for 70 people.

“It was a lot to do but having a healthy body made all the difference. It felt like a whole new start. It was brilliant and actually the timing felt perfect.” 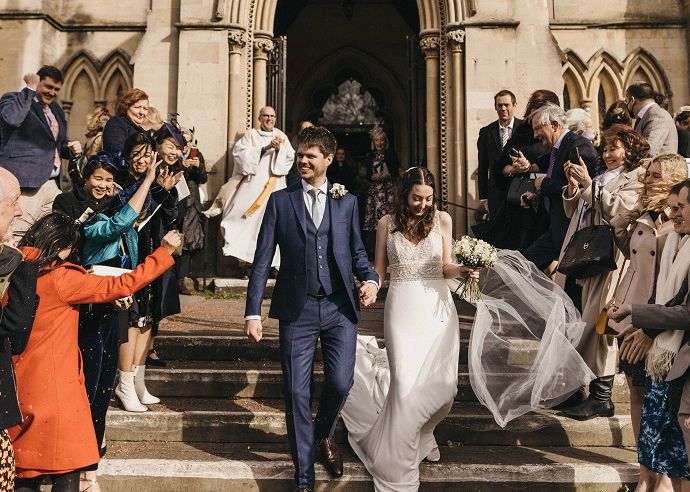 Clare is now enjoying being able to do more. She has started playing netball and running and, as she continues to recover, she hopes one day to resume playing football.
Seeing the Lionesses win the Euros was the icing on the cake.

Clare said: “There’s no way I’d have had the energy to do that before. When I was in the stadium I said a little thank you to my donor. Every time I do something new and exciting I say thank you to them as it’s because of them I’m having these experiences. I’m so grateful to them and their family for being so generous in what is the most awful situation.”

Clare also paid tribute to the staff who cared for her. She said: “I can’t say enough good things about the staff at the Royal Free Hospital. Everyone I met was just so good at their jobs and so kind, particularly the liver co-ordinator nurses who kept me going when I despaired the wait would never be over. Also the unbelievable surgeons, I’m in complete awe of them and the kind nursing staff who made sure I could keep in touch with loved ones despite the visiting restrictions. Everyone was amazing.”