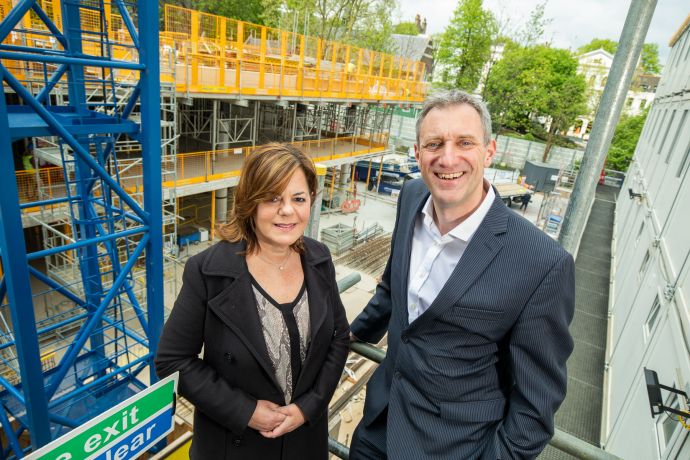 The Royal Free Charity has appointed Judy Dewinter as its new Chair of Trustees.

Judy has been a trustee of the Royal Free Charity for the past year and will be taking up her new position from 20 May.

Judy said she was ‘delighted’ to have been appointed to the role at an exciting time for the Royal Free Charity, which works closely alongside the Royal Free London NHS Foundation Trust (RFL) to improve the experience of its patients.

Judy, who has been treated for myeloma over many years at the Royal Free Hospital, said she wanted to bring her experience of being a patient to her new position. She is currently president of Myeloma UK, having stepped down as chairman of the blood cancer charity at the end of 2018 after 12 years at the helm.

She said: “I look forward to working with my fellow trustees and the team at the Royal Free Charity during the next phase of its exciting journey.

“We have some huge projects underway, not least the construction of the Pears Building on the grounds of the Royal Free Hospital, which will open in 2020 and house the UCL Institute of Immunity and Transplantation. This facility will truly be a game-changer for research into, and treatments of, conditions such as diabetes and cancer.

“I look forward to leading the charity as we continue to improve the everyday services provided to patients and to supporting the dedicated and hard-working Royal Free London staff.

“I am particularly passionate about our 850 volunteers who provide invaluable support in areas such as guiding patients to appointments, supporting patients with dementia and bringing in therapy dogs.”

Christine Fogg, who is stepping down as Chair of Trustees, said: “Judy is a great fit for the chair role.  We undertook a rigorous recruitment process and Judy’s commitment, extensive knowledge and enthusiasm for the charity and for the trust shone through.”

Chris Burghes, Royal Free Charity chief executive, said: “I am really looking forward to working with Judy. We know that her talents and experience will be a huge asset to us as we deliver our many projects that support patient care across the Royal Free London.”

In 2012 Judy was elected a patient governor of the RFL and has been lead governor since 2016 – she is now in her third and final term.

Previously Judy had a successful career in financial services where she ran the European equity business for global brokerage firm Instinet.