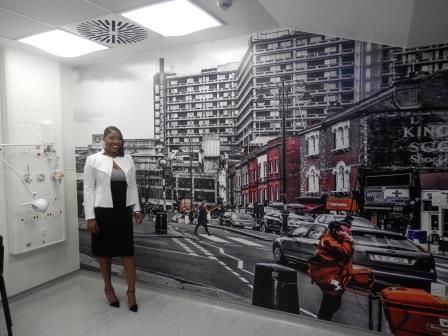 Winners of a photo competition were invited to see their "fabulous" pictures displayed on the walls of the redeveloped emergency department at the Royal Free Hospital last week.

Six of the winners attended the event to see their pictures, which are all of Hampstead and Camden, that now adorn the walls of the adult treatment area – one photo in every bay. 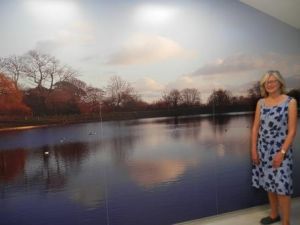 Among the photos is a cityscape view of London taken from Parliament Hill, pictures of the ponds on Hampstead Heath and a picture of Regents Canal.

The trust launched the competition at the start of the year - to find some of the best photos of the local area to brighten up the walls of the redeveloped emergency department.

Caroline Clarke, deputy chief executive of the trust, said she was hugely impressed by the quality of the photos. “These pictures look incredible,” she said. “Thank you so much to all our wonderful photographers – these are fabulous photos and really light this area up. They make this such a pleasant place for patients to be treated in and for our staff to work in, so well done to everyone involved.”

In total there were 16 winning photos taken by 11 different photographers. Some of the winning photos will be displayed in separate part of the ED, which is due to open next year.

Juliet Rix, whose photo of the pond on Hampstead Heath is displayed in treatment bay 1, said she was thrilled to see her picture on the wall. 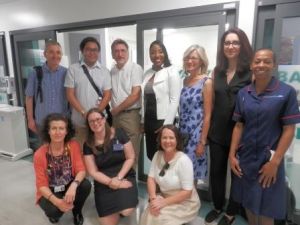 “It’s amazing,” she said. “The whole idea is wonderful.

“It stops you feeling cut off from the outside world when you are in here. It brings a bit of the outside world inside. Nature is calming and it is just fun - it makes the place feel more cheerful, for patients and staff. It is great that they are of the local area – places people know.”

Andauna Gough, a nursing assistant at Barnet Hospital, said she was delighted that her picture of South End Road in Hampstead had been chosen as one of the winners. She added: “When I took these photos I had never been to Hampstead before. It’s amazing to see it up on the wall. I had no idea the photo was going to be this big – it’s incredible.”

Middle, Juliet Rix, with her photo of the Hampstead Heath pond.