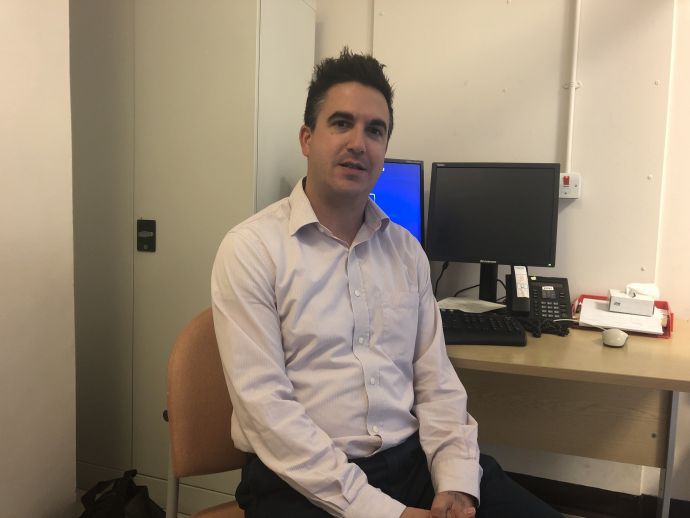 A patient at the Royal Free Hospital (RFH) is the first in the UK to be given a new drug aimed at tackling a rare type of skin cancer.

Merkel cell carcinoma, also called neuroendocrine carcinoma of the skin, differs from regular skin cancer as it starts in the neuroendocrine cells. These cells receive messages from the nervous system and respond by making and releasing hormones, which control many body functions. Lesions can develop on the skin, usually spreading to nearby lymph nodes. It can then spread rapidly to other parts of the body.

Dr Daniel Krell (pictured), consultant oncologist and lead for the neuroendocrine tumour service at the RFH, said: “Typically we maybe see about four patients or so at any one time so thankfully it is a rare condition. Unfortunately it is an aggressive skin cancer which tends to grow fast and spread to other parts of the body, especially if it has not been diagnosed early enough.

“I’m delighted that we’ve recruited the first UK patient to the trial. The drug is an antibody made in a lab and allows the patient’s immune system to recognise and attack the cancer cells. It builds on immunotherapy treatment already available to patients and has the added benefit of only needing to be administered every four weeks, instead of the current treatment of every two weeks. The study will help us assess if it is more effective than current treatment in slowing the progression of the cancer and improving life expectancy for patients.”

Approximately 90 participants across the world will be enrolled in the study. Patients could receive treatment for up to two years.