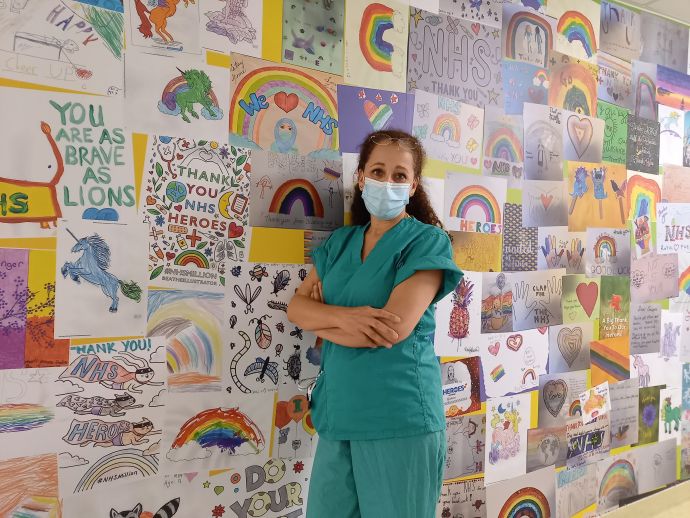 Nurse Sara Danesin has quickly become one of the most popular members of staff in the intensive care unit at the Royal Free Hospital – the regular sweet treats she brings in for her hard-wording colleagues have earned her the nickname ‘The Amaretti Girl’!

Ten years ago Sara Danesin celebrated getting all the way to the MasterChef finals and says even now a decade later she still gets recognised on the Tube and by patients – as millions of us watched Tim Anderson, Tom Whitaker and Sara in the nail-biting final. 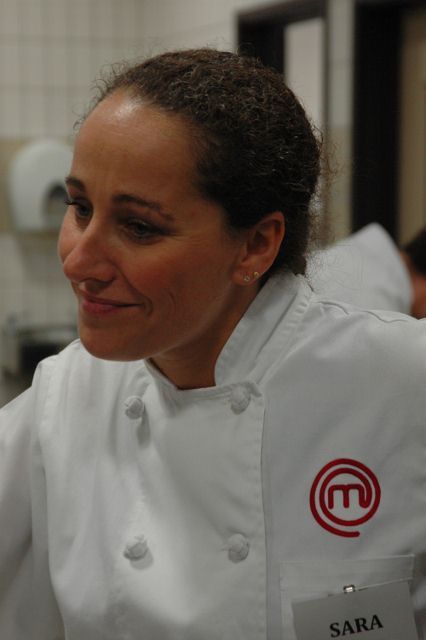 But despite the opportunities that MasterChef gave her and her undimmed passion for cookery, Sara decided, even before COVID-19 struck, to return to the profession she loved and worked in for 20 years prior to her time in the spotlight.

Sara, said: “I loved cooking and teaching and running my supper clubs but I also realised I missed nursing – I just love looking after people. Now I’m hoping I will be able to continue to combine both. Of course it’s stressful but I thrive on a challenge!”

As an Italian Sara says she has always loved food and cooking – her grandfather ran a restaurant so it was in her blood – but Sara she never watched TV and hadn’t even heard of MasterChef until a chance conversation with friends persuaded her to enter.

It was by no means a smooth course to making it through the auditions. The first time she was called by a MasterChef researcher she asked them to call her back because she was wheeling a patient to theatre.

Sara said: “I thought I’d blown my chances for sure but actually they loved that I was a nurse and thank goodness they did call me back.”

Slowly but surely – cooking the Italian recipes she knew and loved - Sara progressed through the auditions the TV audience never sees – 22,000 people had applied for just 22 places.

At first Sara, who was living with her husband and daughter in Yorkshire and working as a sister in intensive care, managed to combine working with the competition, then she took unpaid leave. The programme was based in London and one episode even took her to Australia to work in a top restaurant.  Finally something had to give and Sara decided to quit her nursing job determined to see where her newfound profile could take her.

Sara says getting to the final three felt like a huge achievement. “I wasn’t particularly disappointed I didn’t win. I didn’t live in London, was much older at 40 than the other contestants and I had a child and a busy career of 20 years. I felt I did a great job to get as far as I did!”

Sara took her success in the competition as a sign she should do something else other than nursing for a while. She became involved in recipe development, set up a supper club in her home where she welcomed more than 12,000 guests over the years, promoted products she believe in and also taught in a cookery school. She also got to go back to the MasterChef set a few times as a judge. 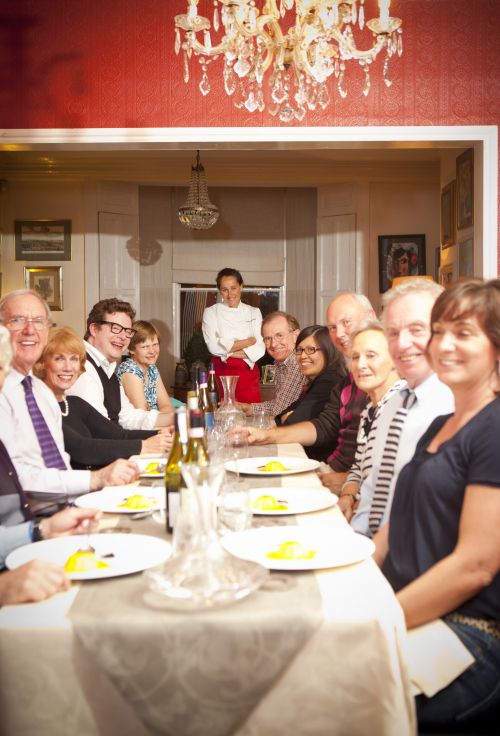 But at the beginning of 2019 Sara made the momentous decision to do her return to practice. She attended London City University and her supervised placement was at the Royal Free Hospital on an elderly care ward. When the first wave of COVID-19 hit Sara offered to go back to ITU – in a supportive role.

She said: “I made the decision to return to nursing long before COVID came along. I’ve since made the decision that being back in ITU is where I belong so I’m continuing my re-training. Of course things have changed a bit since I quit the profession but not that much and it does come back. I did the second surge as a staff nurse here and I hope to be able to continue to progress up the ranks after my eight year career break.”

Sara, who now lives in Belsize Park,  is still involved in cookery projects and enjoys holding free zoom classes for the customers of The Cookaway, a boxed meal business, which she says was a particularly popular with people during lockdown.

Her colleagues are also benefitting from her skills.

“I’m also treating my colleagues to small treats which are 100% COVID secure. Little separate baked treats is fine!  Dealing with COVID really emotionally affected all my colleagues and having a 15 minute break and being able to look after each other is so important. My husband David cooked for me when I was working during the first and second surge and having that support was vital for me as it is so intense and I just forget to eat if I’m too tired and stressed.” 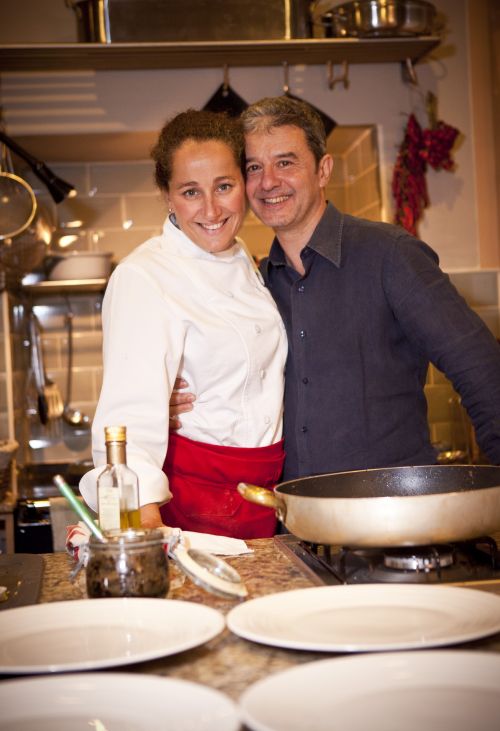 Sara and her husband David

Sara’s eyes light up when she talks about a project she’s keen to get involved in aimed at disadvantaged children, to try and get their parents to change their perspective on food and embrace healthy eating.

She concludes: “I’ve been inspired by Marcus Rashford, I want to leave a legacy, I want to put something back from what I’ve learned from my time in the NHS and as a cook.”