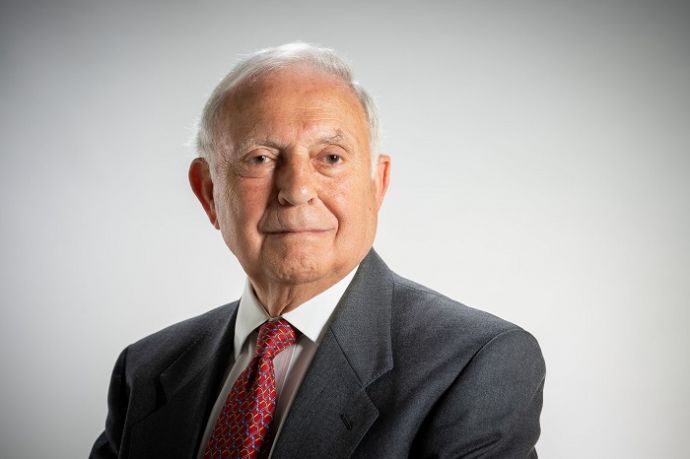 Professor Victor Hoffbrand, an internationally renowned expert on blood diseases who spent much of his career at the Royal Free Hospital, has been announced as the 2018 recipient of the American Society of Hematology’s Wallace H Coulter Lifetime Achievement Award.

The Award recognises the significant contributions to haematology in research, patient care and education that Victor Hoffbrand has made throughout his 55 year career.

Victor Hoffbrand was appointed the first professor of haematology at the Royal Free Hospital Medical School in 1973. During his distinguished career he has authored numerous books and over 700 research articles, reviews and chapters.

His research led to a new treatment for patients with the inherited condition thalassaemia major. Patients born with this disease cannot make enough of the protein haemoglobin, which is found in red blood cells and carries oxygen around the body.

Treatment normally involves giving patients regular blood transfusions, but the iron in the haemoglobin of the transfused blood accumulates and, unless it is removed, damages the heart and other organs and proves fatal.

To tackle this build up, the drug deferiprone was developed and in 1987 became the first orally effective treatment to remove excess iron. The first patients to receive deferiprone were at the Royal Free Hospital and for many years it was produced in its haematology department before it was licenced in 1999 and became available worldwide. It has proved life saving for many thousands of patients.

Professor Hoffbrand was also instrumental in setting up a major unit for the treatment of leukaemia and lymphomas and one of the first bone marrow transplantation centres in Europe at the Royal Free Hospital.

Many undergraduate and postgraduate students across the globe are likely to be familiar with the numerous textbooks he has authored and edited. The most famous of which, Hoffbrand’s Essential Haematology, is now in its seventh edition and had been translated into 14 languages.

Commenting on the award, Professor Hoffbrand said: “I am extremely honoured to receive the Wallace H. Coulter Award for Lifetime Achievement in Haematology, and I am humbled when I see the list of the distinguished previous award winners. I am particularly delighted to receive an award named after Wallace Coulter, since he invented the first automated blood cell counters and it was the ability to count blood cells that first attracted me to haematology as a scientific discipline.”

Kate Slemeck, chief executive of the Royal Free Hospital, said: “Professor Hoffbrand’s career has had a profound impact on both patients and students. This award is a hugely deserved recognition for his work and we are grateful for the many contributions that he has made to the Royal Free Hospital throughout his career.”