A gastroenterologist from the Royal Free London has been honoured at the British Society of Gastroenterology (BSG) conference party 2016. 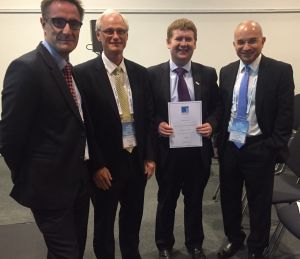 Philip Smith, specialist registrar (SpR), has been named young gastroenterologist of the year after being identified as a potential emerging leader by the BSG.

“I love working as an SpR in gastroenterology, not just in my job looking after patients but also because it has allowed me to develop many educational initiatives for other UK trainees and to be involved in the development of UK national gastroenterology guidelines in inflammatory bowel disease and adolescent medicine.  I am very grateful to all those who have supported me."