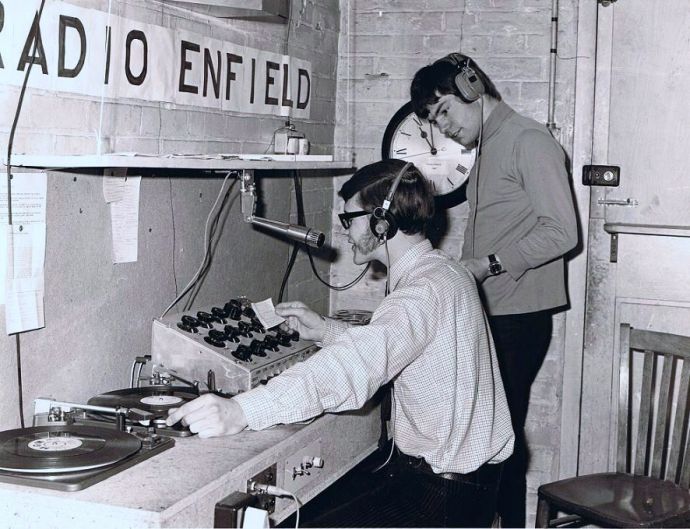 This year they celebrate their 50th anniversary, after first broadcasting on 24 May 1970. Known then as Radio Enfield, the station was started by seven schoolfriends with an interest in electronics, music and tape-recording. Inspired by offshore radio stations of the 1960s such as Radio Caroline and Radio London they sent a letter to Chase Farm Hospital’s then matron, and got permission to start their own, legal broadcast.

Since then the service has gradually expanded, with more volunteers taken on and broadcasting hours extended. In 2017, Radio Enfield became the Royal Free Radio, after Chase Farm joined the Royal Free London NHS Trust; they also merged with the Royal Free Charity. Now they’re adapting to the challenge of running a station during lockdown, using a combination of shows broadcast from presenters’ homes and pre-recorded programmes.

“We were planning to do a special series of broadcasts to mark the event,” said station manager Andy Higgins, who has been with the station for over 40 years. “But, as a result of the constraints imposed by COVID-19 we will have to wait until things get back to normal.

“We are pleased to be able to still play requests for patients via our website (royalfreeradio.co.uk) since there are visiting restrictions in the hospitals we cover so it is a way that relatives and friends can keep in touch by sending in a request to let patients know they are thinking of them.”

“I’m not sure where those 50 years have gone”, said David, “but when we started the country was still using pounds, shillings and pence, The Beatles had just broken up, Bridge Over Troubled Water by Simon & Garfunkel was a new release and it was four years before anyone had heard of Abba.”

Howard added, “the Royal Free and Royal Free Charity have been very supportive of the station and we have never been more proud to support the NHS than in recent times with the impact of COVID-19”.

Images: 1970 studio at Chase Farm, above

Celebrations from re-branding of Radio Enfield to Royal Free Radio in 2017, below 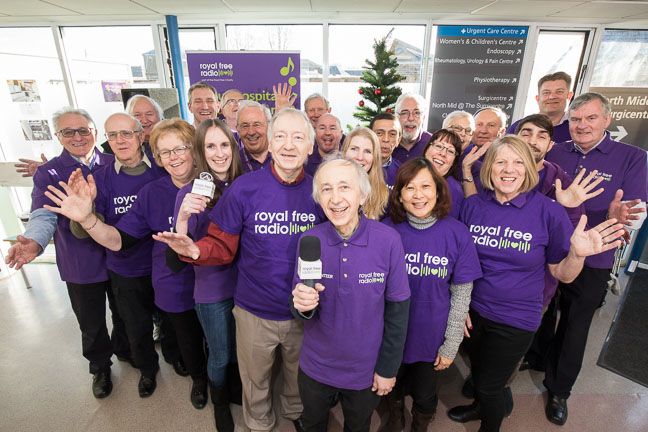