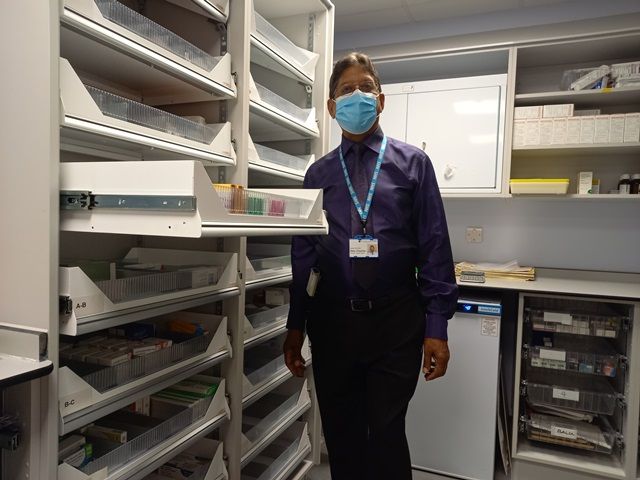 Pharmacy technician Balu (Balwant) Chauhan is celebrating 50 years of working for the NHS today – with a total of four decades spent at the Royal Free Hospital (RFH).

Although he officially had to retire in 2009 in order to start claiming his pension, that hasn’t stopped Balu. After an obligatory few weeks at home he was granted leave to “retire and return” as a pharmacy technician. He now works three days a week and among other jobs his role includes helping to repurpose drugs that haven’t been used by patients on the wards.

Balu said: “I enjoyed the first month of my retirement but by the second I was itching to get back to work. I don’t have a hobby I find more interesting than my job.”

From getting involved in the Hampstead millennium carnival back in 1986, fundraising for various causes and organising his beloved cricket matches between pharmacy and different services including plastics and vascular, Balu says it’s the staff and the patients who keep him coming to work.

He said: “I enjoy gardening but retirement isn’t for me, certainly not for a while. Pharmacy is a wonderful department to work in - it’s incredibly friendly and sociable. I also like being able to use my skills to benefit patients – it feels a bit of a waste to not use that.”

Because of his age, Balu recently had to have a break from work so he could shield from COVID-19 - but he is now back at work. . He said: “I had to stay at home but I don’t mind admitting I found it incredibly boring. I was longing to get back to work!”

Since Balu joined the pharmacy team has tripled in size. In 1986 Balu was instrumental in turning the hospital pharmacy into a business that could manufacture and sell drugs to other trusts, companies and chemists across the UK. In the first year they were targeted with achieving a turnover of £10,000 but they made £37,000. Now turnover from supplying external organisations is in excess of £2.5 million, money which is reinvested into the NHS.

Wendy Spicer, chief pharmacist at the Royal Free Hospital, said: “Balu is a perfect example of our trust values. He’s hard working, helpful, kind, respectful and always there for his patients and his colleagues. He’s truly inspirational, everyone knows him across the trust and we’re extremely lucky to have kept him for so long. He epitomises the very best of the NHS.” 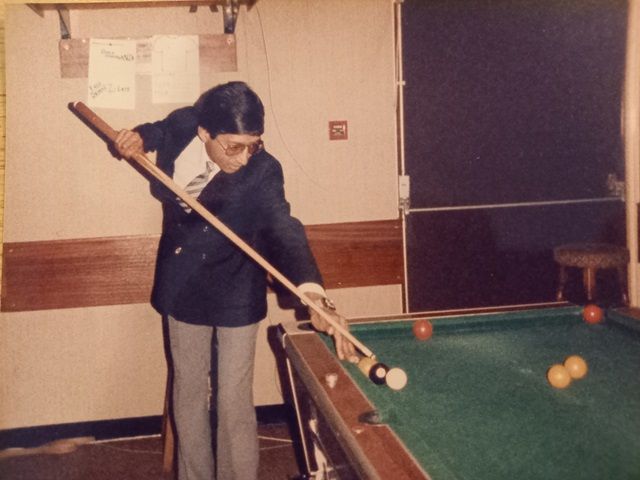