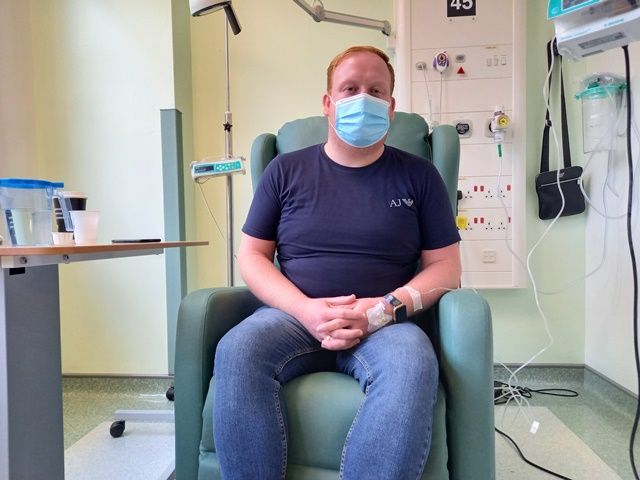 It started innocuously enough with some red dots appearing on Lee Barker’s hands. But as his symptoms worsened he was to eventually discover that he was just one of a handful of people worldwide with a disabling rare condition which makes him feel like his body is on fire.

In 2013 Lee, from Limehouse, London, was running a farmer’s market. He spent hours outdoors and enjoyed the work and the people he met doing it.

But things changed very rapidly after the red dots appeared. This was followed by his hands swelling and turning bright red. This eventually happened to his face, neck and arms as well, coupled with excruciating pain. His daily symptoms include constant burning across hands, face and neck, headaches, nausea, dizziness, pins and needles, loss of feeling in the body and itching skin.

Over the next 18 months there were 30 hospital appointments across London and the south east.

Lee said: “I was referred to dermatologists and prescribed steroid cream but it didn’t work and in fact made things worse because I found out I was actually allergic to the cream.”

Lee’s debilitating condition meant he had had to give up work.

He said: “I was in so much pain. When I get a flare up the pain is so bad that it’s like I’m literally sitting in an oven. It’s not just feeling a bit hot, imagine if your hands touched a hot stove or an open flame. I just couldn’t believe that no-one knew what the matter was.”

Desperate for answers Lee did his own research and discovered that the Royal Free Hospital, specialises in severe autoimmune conditions like his. He talked to his GP who agreed it would be worthwhile to refer Lee to Professor Christopher Denton. 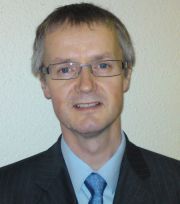 And as soon as he saw Professor Denton things changed.

“Professor Denton knew what it was straight away. I had to have tests of course but they all confirmed that I had erythromelalgia, which causes episodes of burning pain and redness in the feet, hands, arms, legs, ears and face. 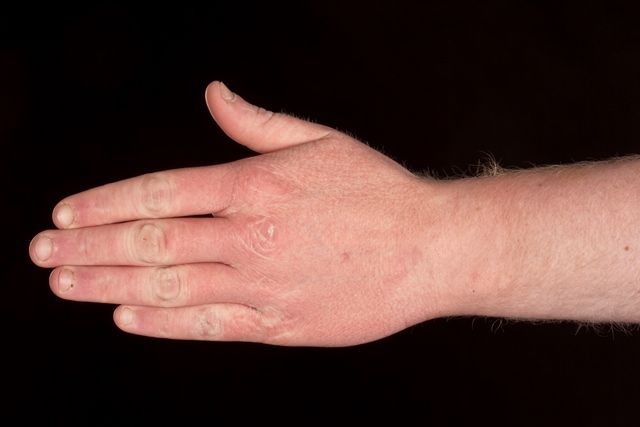 Lee experiences burning pain - including in his hands

“Getting a diagnosis was great and I am incredibly grateful for the care I receive which does help to ease the symptoms a bit.”

Lee takes 15 pills every morning and six pills every night to help to alleviate the pain. In addition he visits the Royal Free Hospital for an infusion every three months. It takes five days and six hours on each day. The treatment thins the blood vessels and gives him a some relief from the worst of his symptoms for the next few weeks until the burning starts to flare up again. The treatment itself also comes with side effects – a severe headache, body aches, hot flushes, nausea and fatigue.

He said: “This is the only hospital that can deal with this kind of rare condition. People come from far and wide to be treated for other less rare autoimmune conditions. I only have to come from the other side of London but I have to stay in a hotel next to the hospital because the treatment itself is so debilitating.”

Lee says that although the treatment offers some respite it is not a cure and it remains incredibly difficult for him to maintain the right body temperature.

“I’m always feeling too hot or too cold. It can change in an instant when I just walk into a different room. I often look like I’m blushing and people will ask me if I’m embarrassed. It’s a hard condition to explain to people as nobody has ever heard of it and it’s hard to explain to people that I need the window wide open even in winter because I’m sweating so much. Forget eating spicy food, even cooking food causes me pain because using a stove or oven or touching anything hot brings on a flare-up.”

Other symptoms of the condition include tiredness and extreme fatigue. Lee also has sleep apnoea and wears a CPAP machine to try to improve his sleep.

When the pain gets very bad he is driven to put his hands under the cold tap to try and get relief.

Lee is keen to raise awareness of erythromelalgia. He has only met one other person with the condition when he has been for treatment and says he is the only person from the UK on a worldwide support group on Facebook.

He said: “I suspect there may be others out there who just don’t know what the matter is with them. The more I talk about it the more people will hopefully reach a diagnosis faster than I did and get the help they desperately need.”

Professor Denton added: “I am pleased that Lee is able to share his experience of this difficult condition and highlight what a severe impact it can have on everyday life.  Erythromelalgia is rare and difficult to treat since it often results from a mixture of abnormalities in blood flow and nerve function.  There is ongoing research to understand the cause which I hope will lead to more effective treatment in the future.”