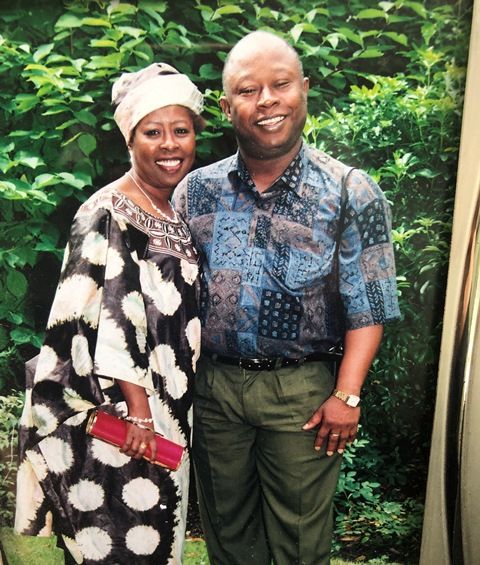 An A&E receptionist at the Royal Free Hospital was determined to come to work and support patients and colleagues, despite the knowledge that her partner of more than 20 years was fighting for his life with COVID-19, five floors above.

Iye Kargbo says that after the obligatory two week isolation period she was back at work on her regular night shifts because she knew how vital it was for her to support her hospital at the peak of the pandemic. Despite being so close she was still unable to visit her partner because of the strict visiting restrictions in place.

Iye, who has worked at the Royal Free Hospital for 23 years and met Ibrahim Kamara when he also worked at the trust, said: “Colleagues said to me, ‘Iye you’re so strong’. What they didn’t know was I was going home and crying. I was just so worried but equally I was determined to keep doing my job to the best of my ability. I knew Ibrahim was in the best possible hands because the nurses and doctors at this hospital are incredible. But we truly did not know whether he would make it home to us.”

Thankfully Iye had the support of their daughter, Mamusu, who turned 19 as her father lay in his induced coma. When Iye began suffering from panic attacks and palpitations due to the stress of the situation, it was Mamusu who phoned the intensive care unit and forged a great bond with Dr Karnika Raja, a paediatric consultant who when the pandemic struck had been redeployed to ICU and taken up a post as a family liaison officer. From the end of the phone over the next critical weeks she was able to offer hope and reassurance to Mamusu who, like her mother, was not allowed to visit her father.

Mamusu said: “I am studying biology at Cardiff University and wasn’t planning on studying medicine but my experience with Dr Raja has inspired me to go into medicine. I now want to be a doctor. She was able to clearly explain what was going on and reassure me when I couldn’t see for myself. I turned 19 on a day when Dad’s condition was actually deteriorating and I was incredibly upset but she managed to make me understand the situation and how there were always going to be setbacks along the way and that I must try and remain positive.” 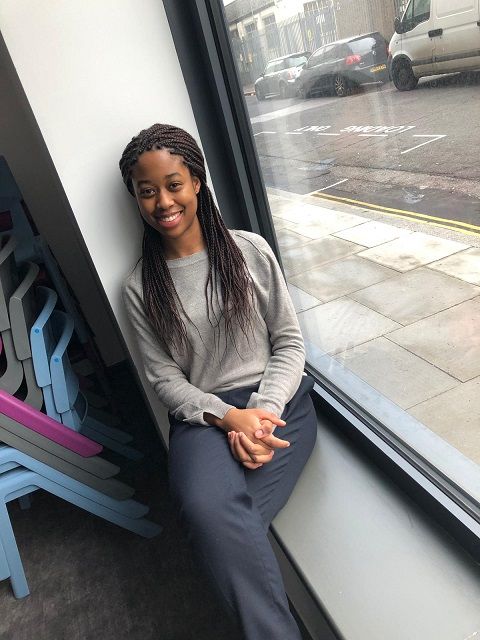 Ibrahim, who is a community nurse manager at Guy’s and St Thomas’, began feeling unwell before Easter but because he had Type 2 diabetes and did not have a temperature he blamed his fatigue on the diabetes and, as his role is mainly related to staff training, he did not suspect he had COVID-19.

It was Mamusu who seeing her father shivering insisted on taking her father’s blood sugar levels and discovered they were rising. She picked up the phone to Iye at work who spoke to ED consultant Jonathan Costello who advised Ibrahim should be brought in immediately. A test of his oxygen levels showed they were dangerously low – leading the staff to suspect he had got COVID-19.

Ibrahim said: “Straight away they told me they wanted to put me on a ventilator but initially I refused. I knew that the chance of me surviving was 50/50 if I went on a ventilator. But despite being given more oxygen my situation didn’t improve and I realised my options were limited. If I didn’t go on a ventilator I’d continue to deteriorate but if I went on a ventilator at least I had a chance. Even though I was an experienced nurse I was just so shocked at what had happened to me. As far as I was concerned I’d gone into hospital for a check-up for my diabetes, now there was no chance to even say goodbye in person to my family and I was terrified I’d never see them again.”

With a heavy heart Ibrahim made the decision to go on a ventilator.

He said: “The doctors told me that they had a free ventilator now but if other cases continued to come in they couldn’t guarantee that option would still be available. I decided I had to do it.”

For four straight weeks Ibrahim lay in an induced coma as the nurses and doctors cared for him. Dr Raja was there for the family with regular updates.

Mamusu said: “Because of my Biology degree I was perhaps able to ask Dr Raja to explain things in a more scientific way for my benefit which I found very reassuring. Then I could simplify it for my family. As well as this I turned to my faith which was key for me to keep it together.” 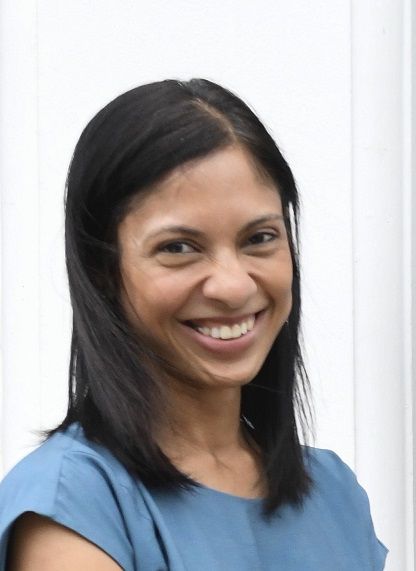 After four weeks Ibrahim was slowly brought out of the coma but he faced an additional two weeks on the intensive care unit alternating between periods of ventilation and time off the ventilator so he could practice breathing with less intervention. Finally he was able to go up onto the ward where he spent more than two weeks continuing his recovery.

Ibrahim may have lost over three stone since he fell ill and will also need to recover from the tracheotomy. But the words on the baseball cap he has chose to wear to leave hospital say it all - Just Peachy.

Reflecting on her experiences as a family liaison officer Dr Raja added: “Our role has been invaluable, loved ones have found regular updates from family liaison supportive and comforting. Examples of patients benefitting from video calls include a young mother seeing her newborn baby for the first time after weeks of being in ICU, and a deaf and mute patient finding comfort through daily video calls with her brothers.

“I’m very touched that Mamusu said how valuable my input was. I remember speaking to her on her birthday and her telling me that I’d cheered her up and she was going to write the conversation down so she could remember it in years to come. I’m thrilled to hear she’s decided to become a doctor. That means so much to me.”